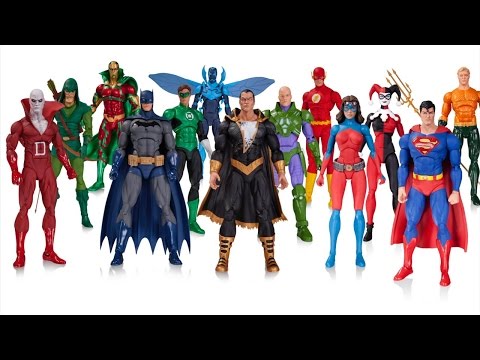 TBU had already reported that DC was planning on ending their New 52 imprint on ongoing comic book titles.  Today, DC put out a blog post that clarified the status of their New 52 line of action figures as well.  The post stated:

[W]e can confirm that the New 52 line will end in mid-2015 after we release Harley Quinn, The Joker, John Stewart and Fan Poll winner, Poison Ivy.  Although we’re extremely sad to see the New 52 Action Figure Line come to an end, it’s important to always to pay tribute and look towards the future!

However, fans of the New 52 character designs will be happy to know that there will still be more action figures based on the current design of characters that reflect the New 52, but these figures will be released as part of DC’s new DC Comics Icon line of action figures.  In addition to this announcement about the cancellation of the future of the New 52 figure line, the blog post also included the following video so that fans of the line can “mourn” the ending of the line.