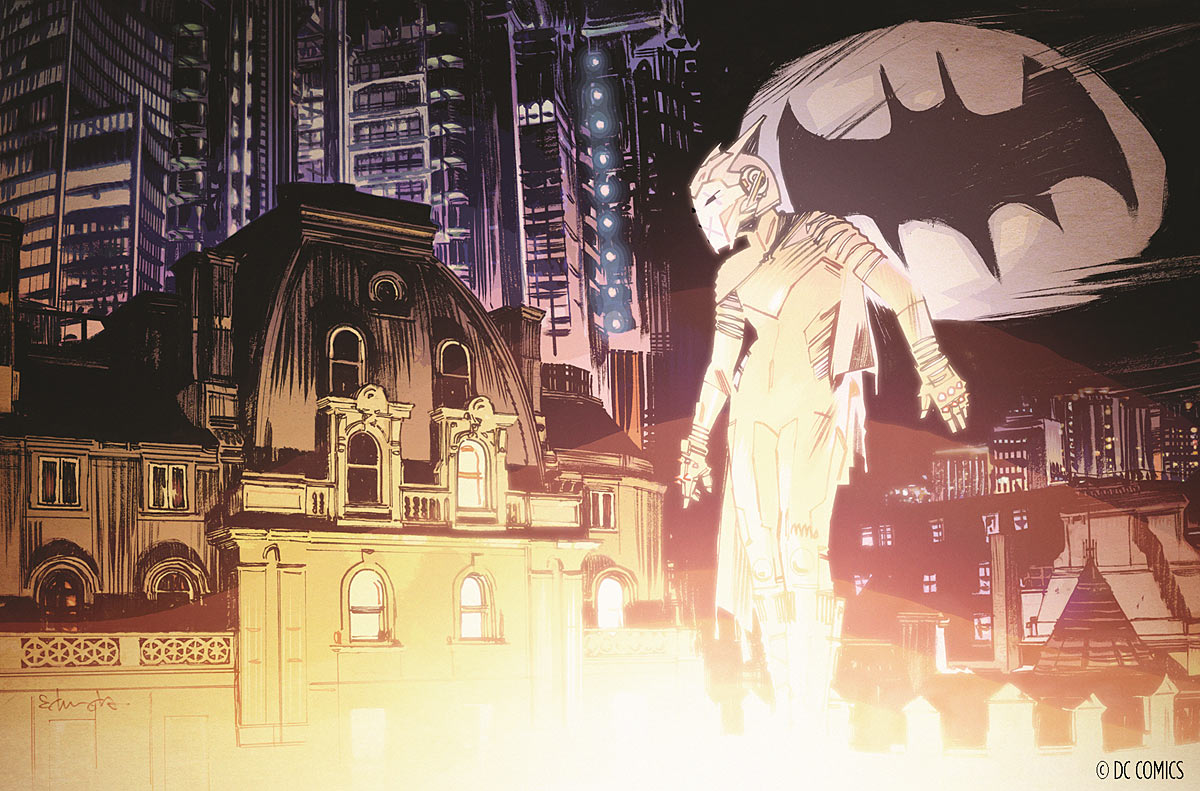 At their panel at Emerald City Comic Con, DC Comics announced the creation of a new imprint called “DC’s Young Animal” under the guidance of Gerard Way.  This imprint will launch several new titles that don’t quite fit under DC’s main label imprint because they have been described by their creators as “really weird” and some because they have a different audience in mind than DC’s regular ongoing titles.  These titles include Doom Patrol,  Shade: The Changing Girl, Cave Carson Has a Cybernetic Eye and one title that relates to the TBU called Mother Panic. Mother Panic was said to be taking place in Gotham but focusing on a completely new character.  Jim Lee also noted at the panel that this would be a title for mature readers.   The official description given at ECCC for Mother Panic said:

Meet Violet Paige, a celebrity heiress by day and brutal vigilante by night as she takes on the underbelly of Gotham City’s high society. Hitting shelves in November, the series is written by Gerard Way and Jody Houser with art by Tommy Lee Edwards.

We have no other information about the title or when the other new titles under the Young Animal imprint might launch (though they were not included in DC’s July solicits that were recently released), but we will keep you up to date with more information about Mother Panic or any other TBU-related titles launched under the Young Animal imprint as that news becomes available.