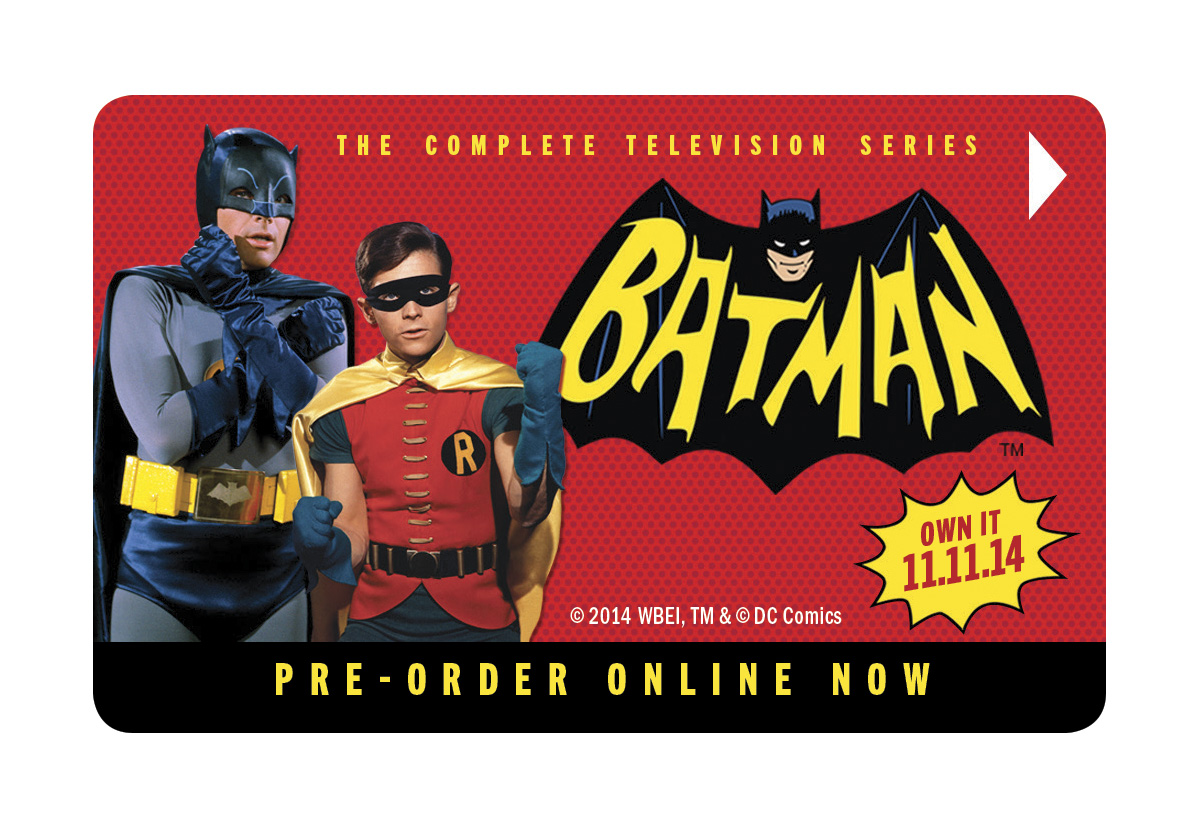 Warner Bros. has announced that the Batman '66 TV series is now available for pre-order through many online retailers. The release date was also announced for November 11, 2014 on DVD, Blu-ray and digital HD.

In celebration of the release, WB has distributed thousands of hotels keys throughout San Diego for Comic Con featuring Batman '66. Thursday night will also see a panel focusing on the series in Hall H with Adam West, Burt Ward and Julie Newmar.