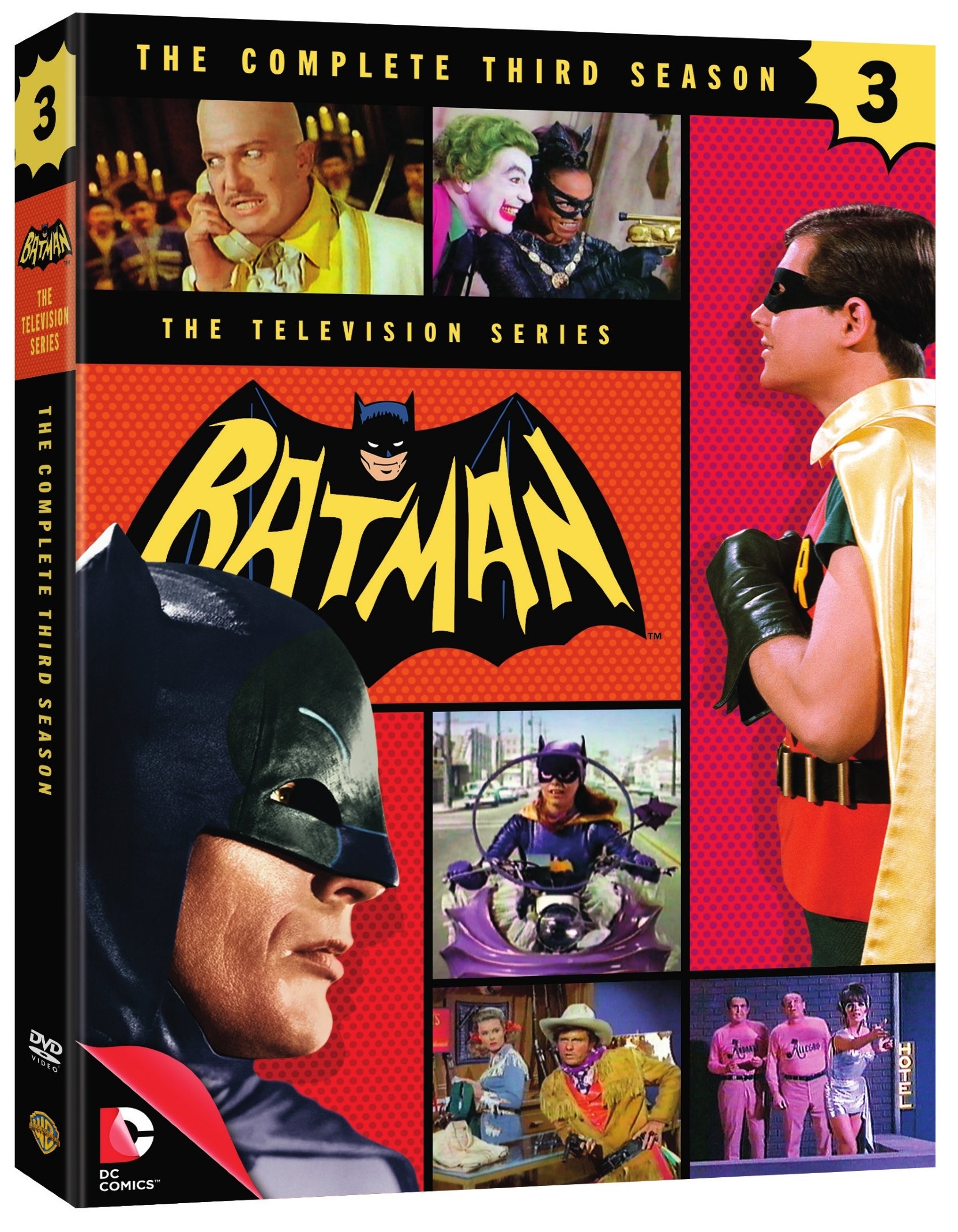 Warner Bros. has sent out details for the third season of the classic Batman TV series for its release on DVD. The set will release on November 3.

Prepare yourselves for a thrilling ending to an incredible series as Warner Bros. Home Entertainment (WBHE) and DC Entertainment release Batman: The Complete Third Season to own on DVD. The final, completely remastered, 26 episodes of the iconic series hits shelves for fans old and new on November 3, 2015 for $39.98 SRP.

Leap into the third and final season where the felonious and foul must be stopped to keep Gotham safe, and a newly formed Terrific Trio must turn chaos to calm! With rogue wrongdoers like the sly Siren, lethal Louie The Lilac and unethical Egghead running rampant, Batman (Adam West), Robin (Burt Ward) and Batgirl (Yvonne Craig) have their Super Hero hands full. Now completely re-mastered, all the originality, crime-fighting action and arch-villainy of special guest villains like Milton Berle, Eartha Kitt, and Joan Collins, are on DVD in pristine splendor like never before — for those who were there, and a new generation of Bat-fans!