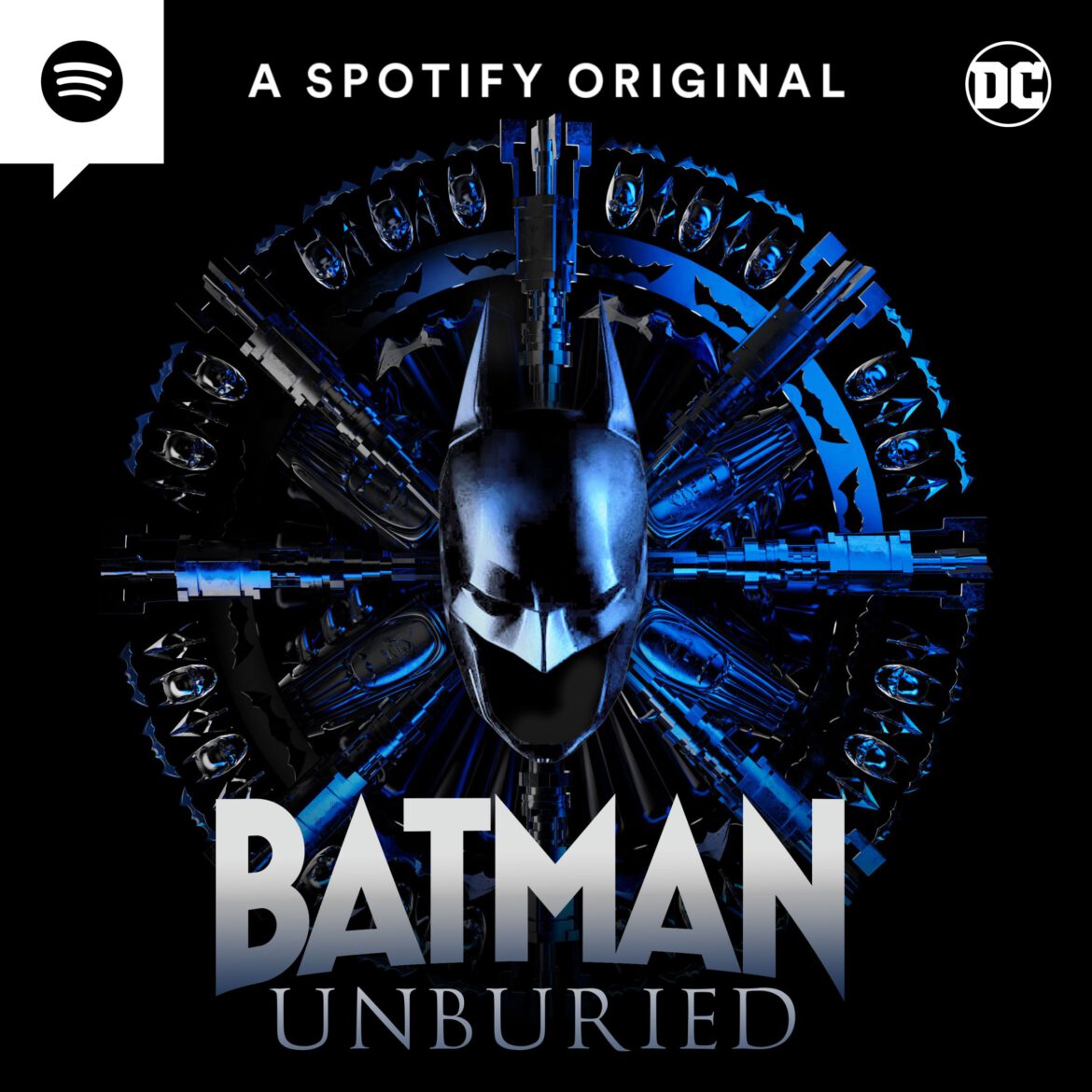 About a year and a half ago, DC and Spotify announced a new partnership that would bring new original audio dramas to the Spotify platform. At the time, the first project was announced as part of the new partnership called Batman Unburied. Since then, news has trickled out slowly, mostly relating to the cast associated with the new project. Today, Spotify has announced that the release date for Batman Unburied will be May 3.

There is not a lot of information known about the project outside of some basic plot information. Winston Duke will be voicing Batman in the podcast created and executive produced by David Goyer. Batman will be investigating a serial killer called the Harvester.

The new audio drama podcast will release globally with eight different adaptions of the English version. The adaptions include versions for Brazil, France, Germany, India, Indonesia, Italy, Japan, and Mexico. All of the adaptations will feature local talent voicing the various characters. The English version of the podcast will feature Hasan Minhaj as Riddler, Jason Isaacs as Alfred, Gina Rodriguez as Barbara Gordon, Lance Reddick as Thomas Wayne, Toks Olagundoye as Martha Wayne; John Rhys-Davies as Dr. Hunter, and Ashly Burch as Vicki Vale, in addition to Duke voicing Bruce Wayne.

Spotify has released a brief trailer for the new project. In the meantime, the date you can expect the new audio drama podcast, Batman Unburied to release is May 3 exclusively on Spotify.