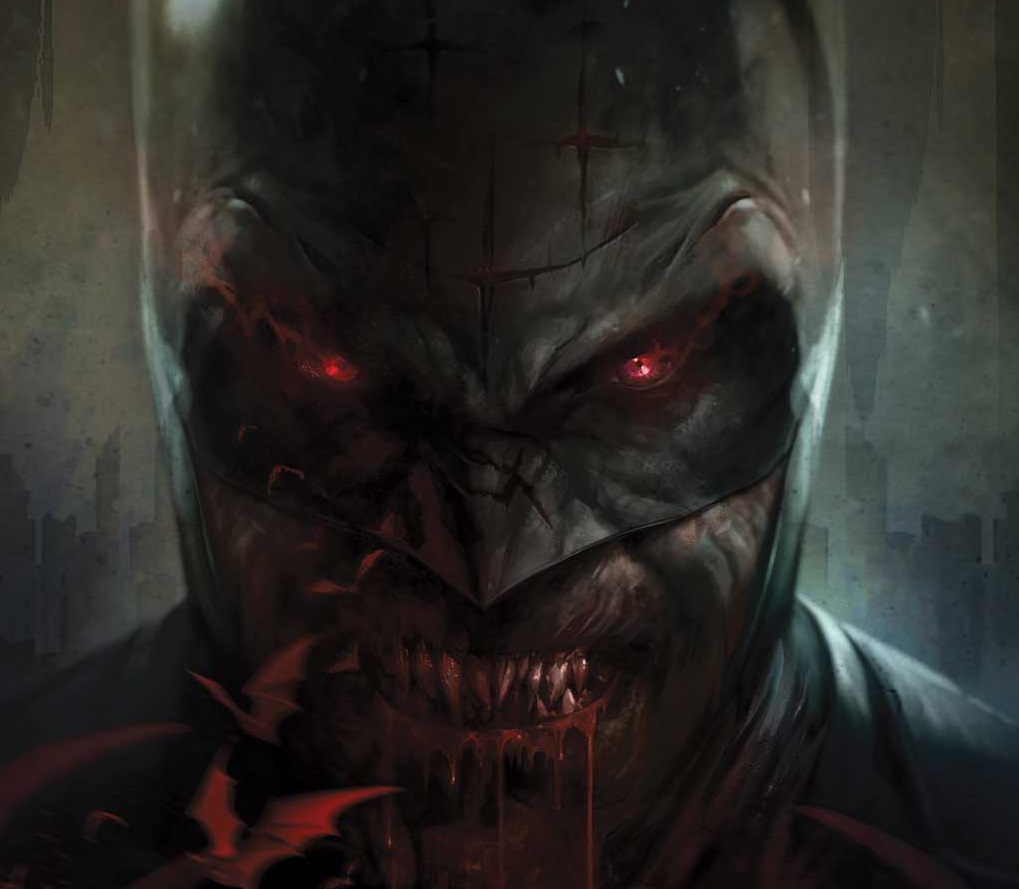 Let’s start with what we already know, and there is a lot to cover here. First, there was a special announced that brings back the creative team from the classic Batman: The Long Halloween series for a special issue that fills in some more of the story already told years ago. Then we saw the return of Cliff Chiang to DC Comics with a new DC Black Label miniseries called Catwoman: Lonely City. We will also see Red Hood leading a new team comprised of members of Batman’s rogues’ gallery in Task Force Z. And finally we had a major announcement that there is a new miniseries coming from one of the screenwriters behind the upcoming Batman film called Batman: The Impostor.

But as it turns out, this wasn’t even all of the news concerning the Batman Universe. These were just the Batman comics in October 2021 that DC deemed to be the major ones. Let’s start with a few minor notes before diving into an incredible amount of other new content coming. You may have heard that the Batman/Catwoman series was put on hiatus for the summer and now it has been revealed that Liam Sharp is coming on to the series starting with Batman/Catwoman #7 and will continue through issue #9. Tom King has already confirmed that Clay Mann is planned to return with Batman/Catwoman #10. 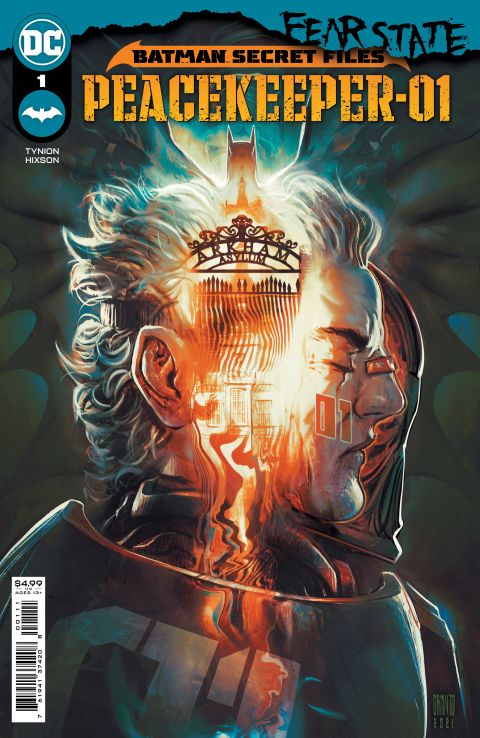 There are also two continuing series that are worth bringing up as well. The first is the Batman Secret Files issue for the month will feature Peacekeeper-01. The issue will be led by writers James Tynion and Ed Brisson. That issue takes place within the continuing confines of the Fear State event that sees a number of titles tie in including another month of Batman double shipping and Batman: Urban Legends #8. This issue will feature stories within the Fear State event featuring Batwoman and the Outsiders, with the Outsiders returning to the series after the hint of their story continuing earlier in the run with Batman: Urban Legends #3. There will also be stories featuring Azrael and Professor Pyg in the issue.

Now, let’s jump over to a couple of the other new comics. There is a new six-issue miniseries called Arkham City: The Order of the World written by Dan Watters with art by Dani. Hitting retailers on October 5, this new miniseries seems to focus on a few inmates from Arkham Asylum who have slipped through the cracks after the A-Day attack by the Joker. Or at least that’s what it seems like as the description implies it tying into the current events, but doesn’t go as far to actually mention the event by name.

The Joker’s attack on Arkham Asylum left the long-standing Gotham establishment in ruin, most of the patients killed or missing, and only a handful of surviving staff—a few nurses, a gravely injured security guard, and one doctor. In the chaos of the assault, it is believed that several of the asylum’s patients escaped and scurried off into the dark nooks and crannies of Gotham City. Now, these Arkhamites walk among us, and it’s up to the Asylum’s one remaining doctor, Jocasta Joy, to round up her former patients. Meet these Arkhamites: a woman with no face, a pyggy in search of perfection, a man who feels nothing and burns everything, a woman who must devour life to save herself, a man unfit for the waking world who looks instead for Wonderland, a body with more than one soul, a being unbound from time who lives in the present and the past, a boy who seeks the comfort of vermin, and the twisted man who sees them all for who they are. And witness the avenging angel who stalks them. This fall, join writer Dan Watters and artist Dani on an odyssey through the deepest depths and darkest shadows of Gotham City and find all-new reasons to fear the night. 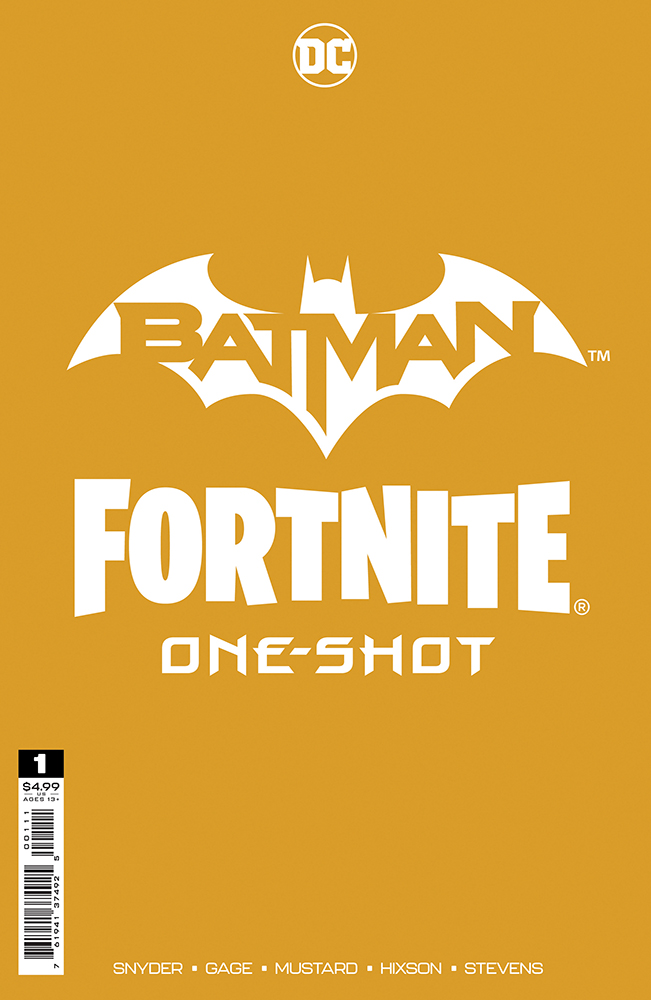 Next, we can expect another Batman/Fortnite crossover with Batman/Fortnite One-Shot. Scott Snyder will be joining Christos Gage and Donald Mustard for this new story. Very few details have been revealed about this issue other than it will be oversized and promises to bring the action from the island to Gotham City and continue the Batman/Fortnite saga that first started in Batman/Fortnite: Zero Point.

Finally, there is also a one-shot coming called Batman: The Audio Adventures Special. This prequel one-shot sets things up for the upcoming HBO Max original podcast announced earlier this year. This eighty-page prestige format one-shot will feature some of the creative talents from the podcast telling stories you would not expect to hear.

Ah, you hear that beautiful racket? That’s the music of Gotham City—the largest city in the world, the big gargoyle, the treasure of the night—anyone who calls it a crime-infested hellhole is dead wrong. No way hell has such great pierogies. So join us here (hear?) as we bring you the stories behind the stories behind the hit HBO Max scripted original podcast with this sensational prequel one-shot, written by the very creators and talent who lent their voices to the show. And unless you’ve been living in a cave, you know that after years of rumors we find out not only is the Batman real, not only is he one of the good guys, turns out, he’s gonna be a cop! With special appearances by King Scimitar, Stoveplate Sullivan, Billy Wristwatch, and others directly from the podcast, this oversize special brings you deeper into the mysteries behind Batman: The Audio Adventures!

That issue will hit retailers on October 12 for $9.99 and feature multiple variant covers. The podcast was planned to release in 2021 when it was announced, and with a prequel comic releasing, it seems likely that it is still coming.

So if you have learned one thing from this update, start saving now, because there are a lot of comics coming in October 2021 for the Batman Universe and it is going to take a full wallet to be able to get them all.