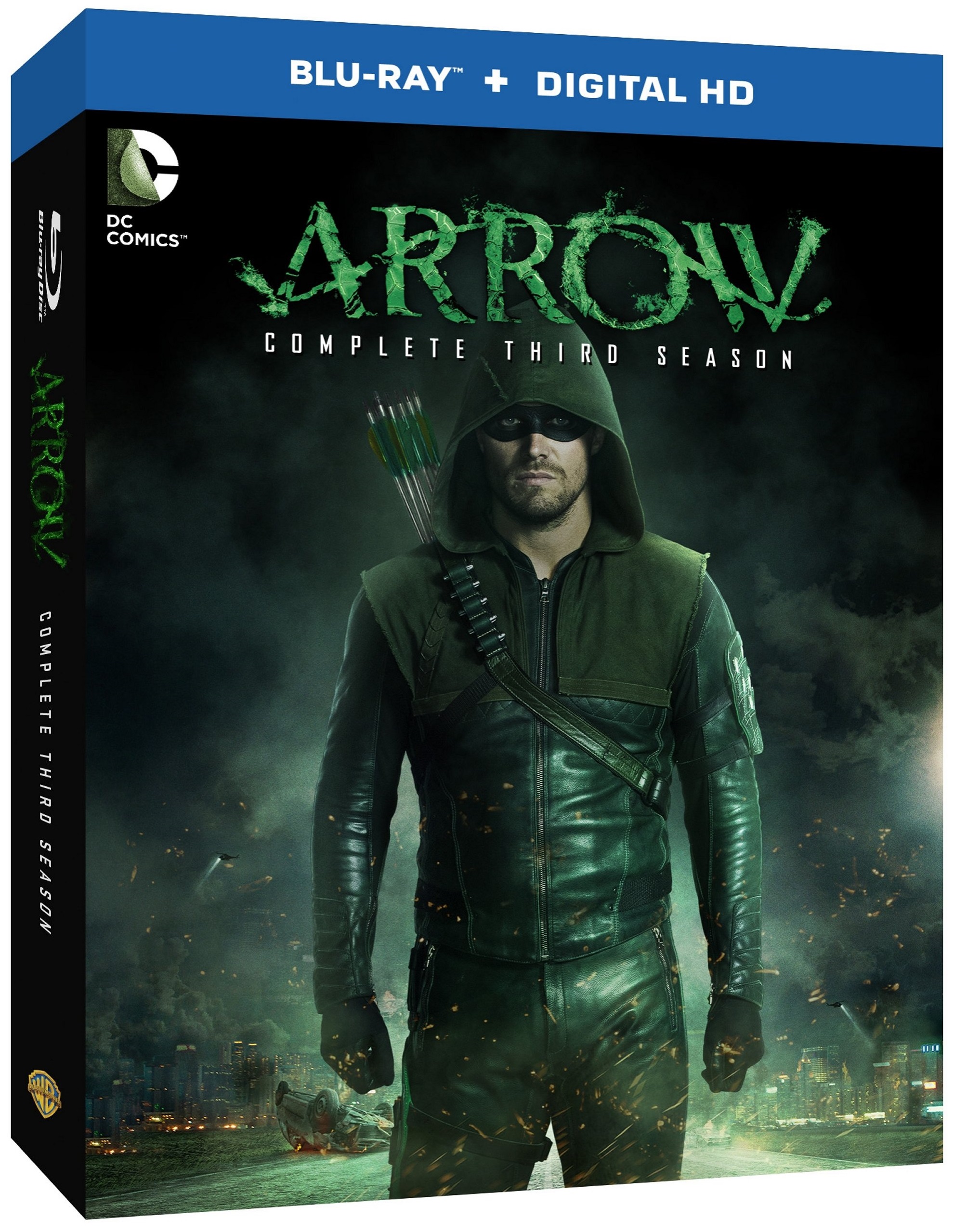 Warner Bros. has released the first season of The Flash and season three of Arrow today on DVD, Blu-ray and digital HD. If you are trying to figure out why e are bringing this up on a Batman site, look no further than the large focus on various Easter eggs spotted throughout the seasons of both shows with links to The Batman Universe as we showcased them last season with out DC TV Update.

The Flash Season 1 includes all twenty-three episodes as well as special features on both the DVD and Blu-ray versions of the release including: The Fastest Man Alive!, Creating the Blur, The Chemistry of Emily and Grant Screen Test, Behind the Story: The Trickster Returns!, DC Comics Night at Comic-Con 2014 Presenting Gotham, The Flash, Constantine and Arrow, Audio Commentary, Deleted Scenes and a Gag Reel.

Arrow Season 3 includes all twenty-three episodes as well as special features on both the DVD and Blu-ray versions of the release including: Second Skins: Creating The Uniforms of Arrow, Nanda Parbat: Constructing The Villain’s Lair, Two Arrow Audio Commentaries, Arrow at Comic-Con 2014, The Man Beneath the Suit – Atom’s First Flight, Gag Reel and Deleted Scenes.