The Long-Awaited Three Jokers Officially has a Release Date 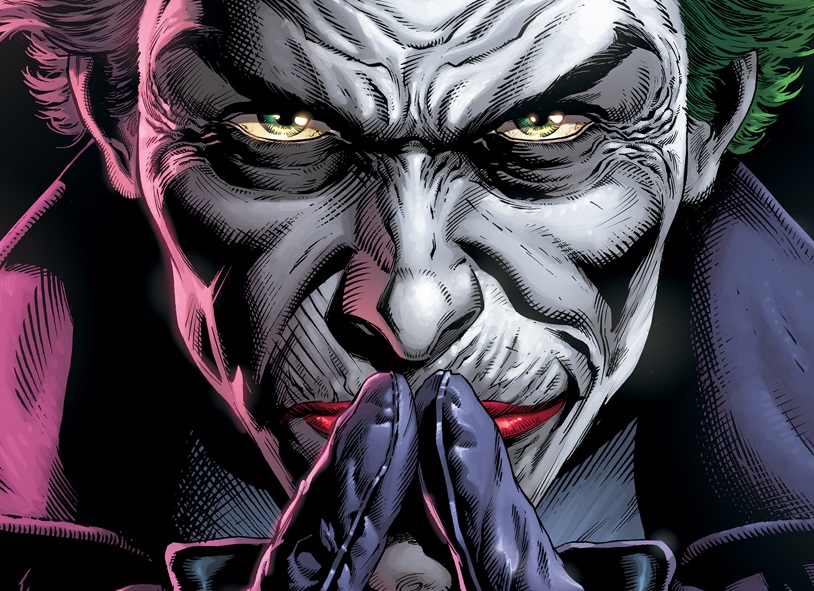 Three Jokers. Three Jokers. It is hard to believe that more years have passed since the announcement of Three Jokers being a thing than the number of Jokers appearing in the series. That’s right, Three Jokers is a miniseries that was teased back in May 2016 in a single panel found in DC Universe: Rebirth #1. Don’t remember? Here is the tease. A lot of things have changed since that first tease. At the time, the one-shot’s main reason was setting up the eventual Doomsday Clock maxiseries. The other reason was setting a new path for the DC Comics’ continuity. The belief, at the time, was to fix the mistakes from the New 52; such as ignoring the legacy of characters. DC Universe: Rebirth was a great moment in DC Universe history in the same way as Flashpoint was to some, if you are able to ignore the eventual fallout with the New 52.

The issue was at the time Geoff Johns was wrapped up with a lot of different projects. He was currently the Chief Creative Officer for DC Entertainment, a role he would eventually lose in 2018 after some poor-performing live-action films and a shakeup within the ranks of DC Entertainment. Doomsday Clock was promised as a series that would potentially fix the continuity issues presented by the New 52, but the first issue of the series didn’t even release until November 2017, a year and a half after DC Universe: Rebirth #1. That series was planned to be monthly with two off months to be able to maintain the release schedule.

That didn’t happen. Not only did the series not wrap after the planned fourteen months, but the final issue of the series didn’t release until two full years after the first issue with Doomsday Clock #12 releasing in December 2019.  By the end of the series, the question at everyone’s mind was not what’s next, but did it matter? So much time had passed that the story ideas planted in other titles, such as Tom King’s ‘The Button’ in Batman, were completely ignored and the series seemed to end on a whimper with very little hope that anything had been fixed as had been promised.

At New York Comic Con in 2019, Dan Didio was already teasing the next major continuity shift with a timeline featuring generations of superheroes. But the connection to what Geoff Johns had built-in Doomsday Clock felt superficial at best.

This then leads us back to Three Jokers. A series that was first teased as a great mystery back in May 2016. Jason Fabok was attached to the series as the artist with Johns writing the story. It could possibly be one of the most anticipated series for Bat-Fans in quite some time. The issue is that when it was teased, it was a mystery. Why are there three different Jokers? But the question to ask now is, does it even matter? Things change so frequently in the world of comics publishing that when series’ are delayed for such a long stretch the eventual plans surrounding them also change. Doomsday Clock was expected to set up a large change and, at this point, I don’t know if it has. Sure, certain things have carried over and continued, but with potential major shifts planned, does it matter?

Needless to say, all eyes will be on Three Jokers when it hits stores this summer. Geoff Johns is a great writer and Jason Fabok is a great artist. And while the series was promised to be in continuity back in 2018 by Johns, that mentality has also shifted with Fabok stating that it is meant to be in continuity, but they are doing their own thing. So the continuity connection will most likely be decided by the editors within DC. One thing seems for sure, the series shouldn’t have any delays as Fabok has been working on the project for a long time, with concept art for the characters released in October 2018. With three issues making up the entire series, conveniently if it is released monthly, it will lead us to September, a month that DC loves to have major events and promotions.

So will you still be checking out Three Jokers? Or has too much time passed to make this a must-read that it was always intended to be? Check out the gallery below for the three main covers for the series. Three Jokers #1 will be available on June 17.