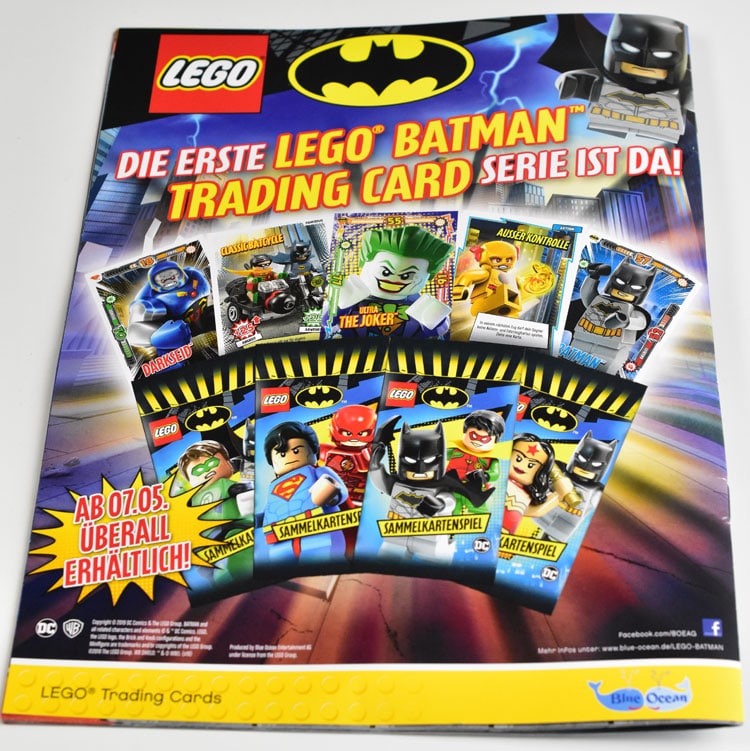 Attention Bat-Fans in Germany, you’re getting new trading cards!  Based on the LEGO versions of Batman and various other DC Comics characters, the new trading card series comes as a follow-up to a successful release of cards based on LEGO Star Wars. These collectible cards are similar to Pokemon cards as they are meant for a competitive game.

According to an advertisement in the LEGO Jurassic World magazine (courtesy of PromoBricks), the new LEGO Batman cards will comprise a set of two hundred and fifty-two cards, plus twenty-two limited edition gold cards. The set, while labeled LEGO Batman, does include other various DC characters and franchises besides just the Batman Universe. There is a possibility the set will also be available in the UK according to Brick Fanatics. So keep your eyes peeled, Bat-Fans.