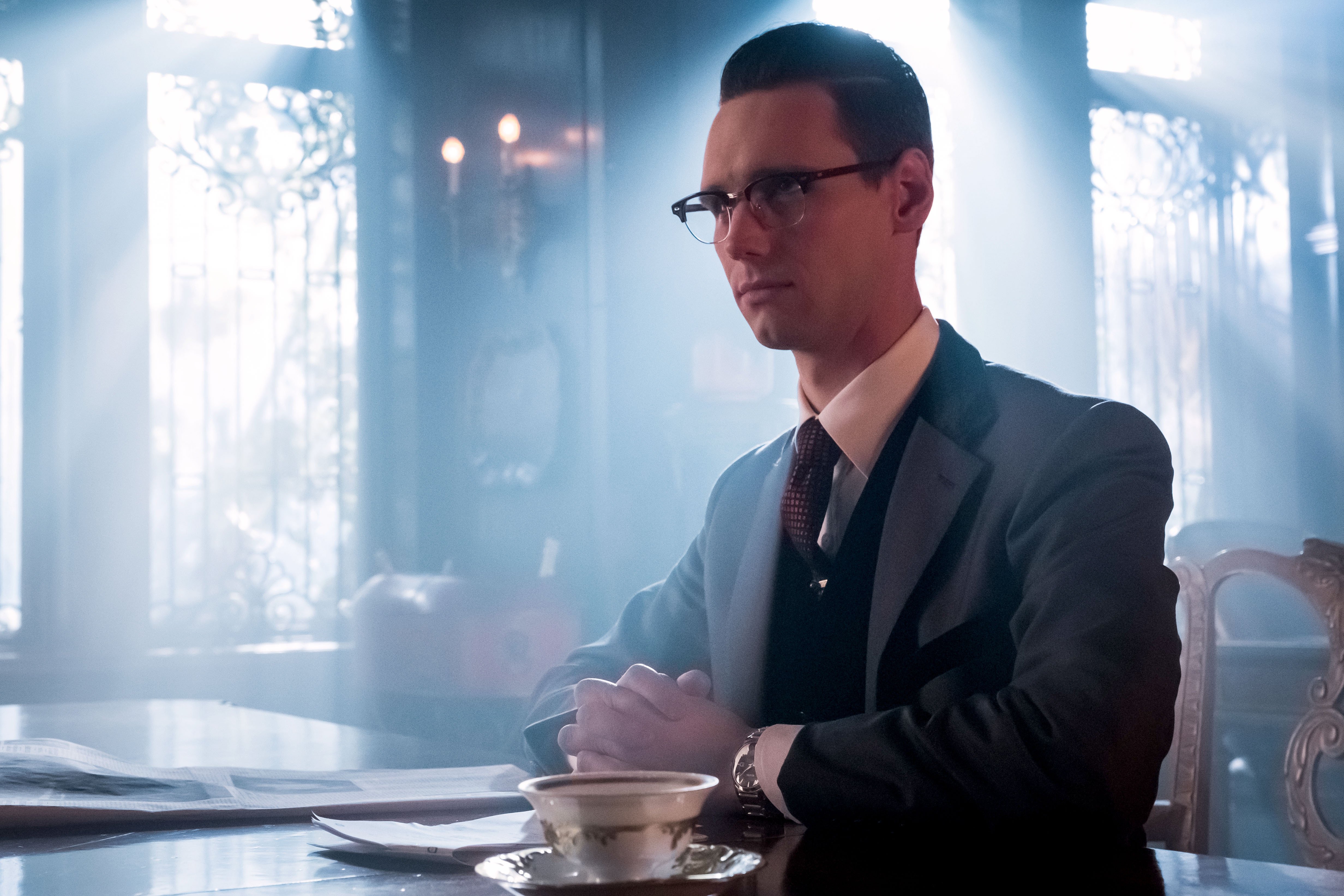 The fifteenth episode of the season of Gotham airs tonight at 8PM ET/CT on Fox with “How the Riddler Got His Name”. Fox has released a number of screens and videos to promote tonight’s episode.

Synopsis: Nygma convinces himself that he doesn’t need Penguin to succeed and begins to introduce himself to Gotham as “The Riddler.” Bullock and Lucius Fox get caught up in Nygma’s mind games, while Gordon learns troubling news about his father’s death. Meanwhile, the Court of the Owls reveals its next move.