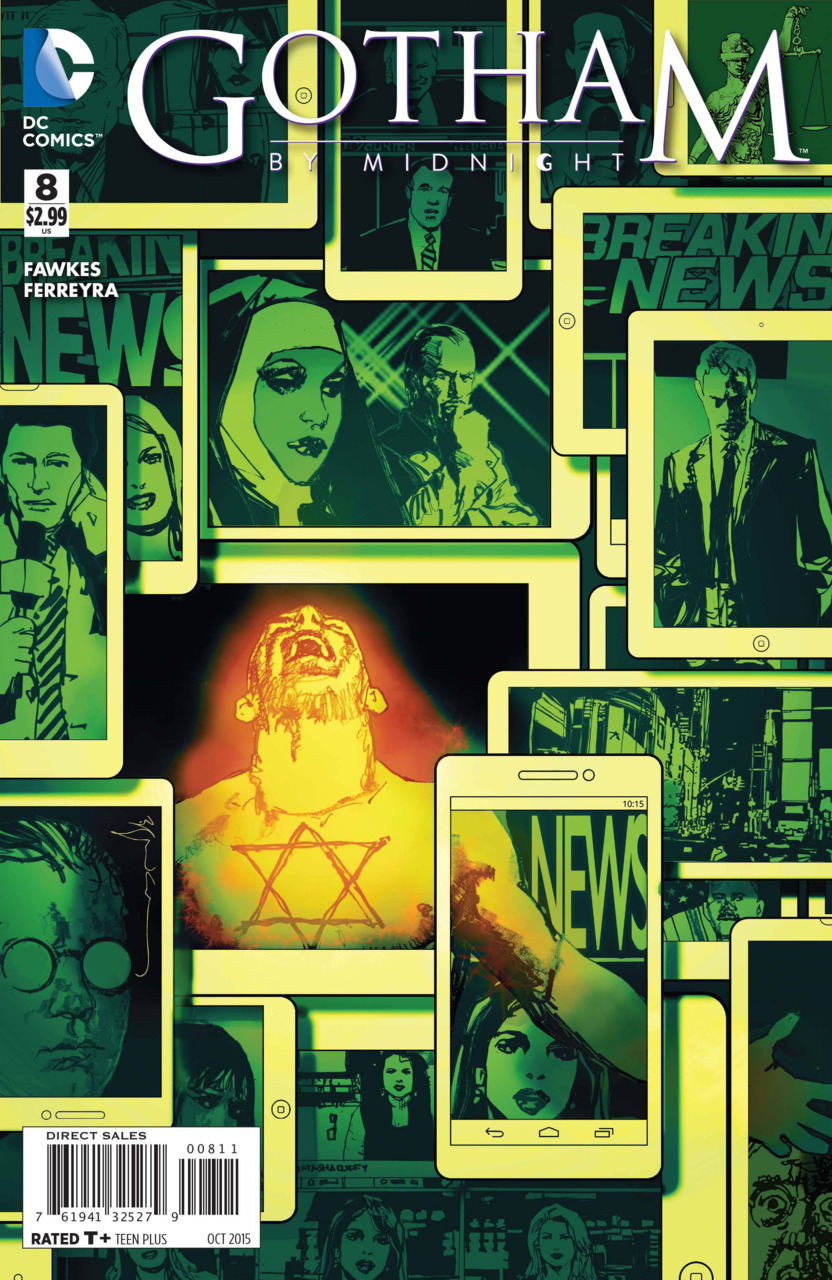 “The Jungle” opens with Lisa Drake on the streets of Gotham. She is talking to Corrigan on her phone. Corrigan does not want to be out on the streets because of the Spectre and Drake senses something is going to happen. Throughout this conversation we see a broadcast from GNN. Walker Albright and Brooke Patterson are discussing a terrorist attack on Kahndaq. The two appear to be having a debate and the crowds outside quickly erupt into a riot. Drake tries to stop the violence when she is attacked by a civilian.

Elsewhere, Kate Spencer meets with Sergeant Rook. She tries to find out what Rook and the IAD have against the Midnight Shift. Rook recounts briefly his dealings with the Shift and centers on Corrigan being a freak that almost killed everyone when he was the Spectre.

The scene shifts to the hospital where Corrigan is talking with a recovering Drake. Six people were killed during the rioting and several are in intensive care. We meet Drake’s love interest, Pete Miller. She introduces him to Corrigan and Corrigan orders Drake to stay home, he will handle this investigation.

The pair head to the GNN studios. Corrigan is concerned that the Spectre will come out placing Tarr in danger. They come across studio A where they see several dead people. Inside Albright and Patterson are still arguing over the terrorist attack and the Spectre starts to emerge. Tarr grabs Corrigan and locks him in a room.

Back at the GCPD station, Casimiro throws a file onto Rook’s desk. The file outlines eyewitness reports detailing Corrigan’s violent actions towards various perpetrators. The Lieutenant buried the files. Casimiro is looking to make a name for herself with this case and is gung ho about moving forward. Rook wants to exercise some caution. The case is coming together too fast. There is a concern that IAD is being manipulated, Casimiro smells blood, but Rook smells a setup.

Tarr sneaks back into the studio and disconnects the camera feed. The pair’s argument intensifies exponentially even being able to knock Tarr off of his feet. We see the reveal that Patterson and Albright are actually a single organism connected together but locked in mortal combat with each other. The pair succeeds in killing each other. Tarr goes back to Corrigan but finds the black flowers around where he is sitting. Tarr recounts to Corrigan what happened in the studio but focuses in on the flowers. The black flowers were not in the studio but instead were found with Corrigan. Tarr believes that he finally knows what the flowers are and grabs a sample. The flowers are a warning and Tarr believes he is getting the message.

This issue was a fast read. It jumped back and forth between the IAD investigation and this riot case. The riot case even felt like it was the backup plot in this issue as the point was too occupy Corrigan on a quick case while the IAD case against the Midnight Shift intensifies.

I have a few questions here. What is Casimiro’s motivation? She really looks like she is enjoying the shutdown of Corrigan and the Midnight Shift. What is her back story and does she have a connection with any of Corrigan’s past “victims”. What makes Rook think that this case is a setup?

I was happy to see the black blossom subplot move forward a bit but I am interested in what is the warning that Tarr believes the blossoms to be giving. Will Tarr be able to move his research further with the Shift being shutdown?