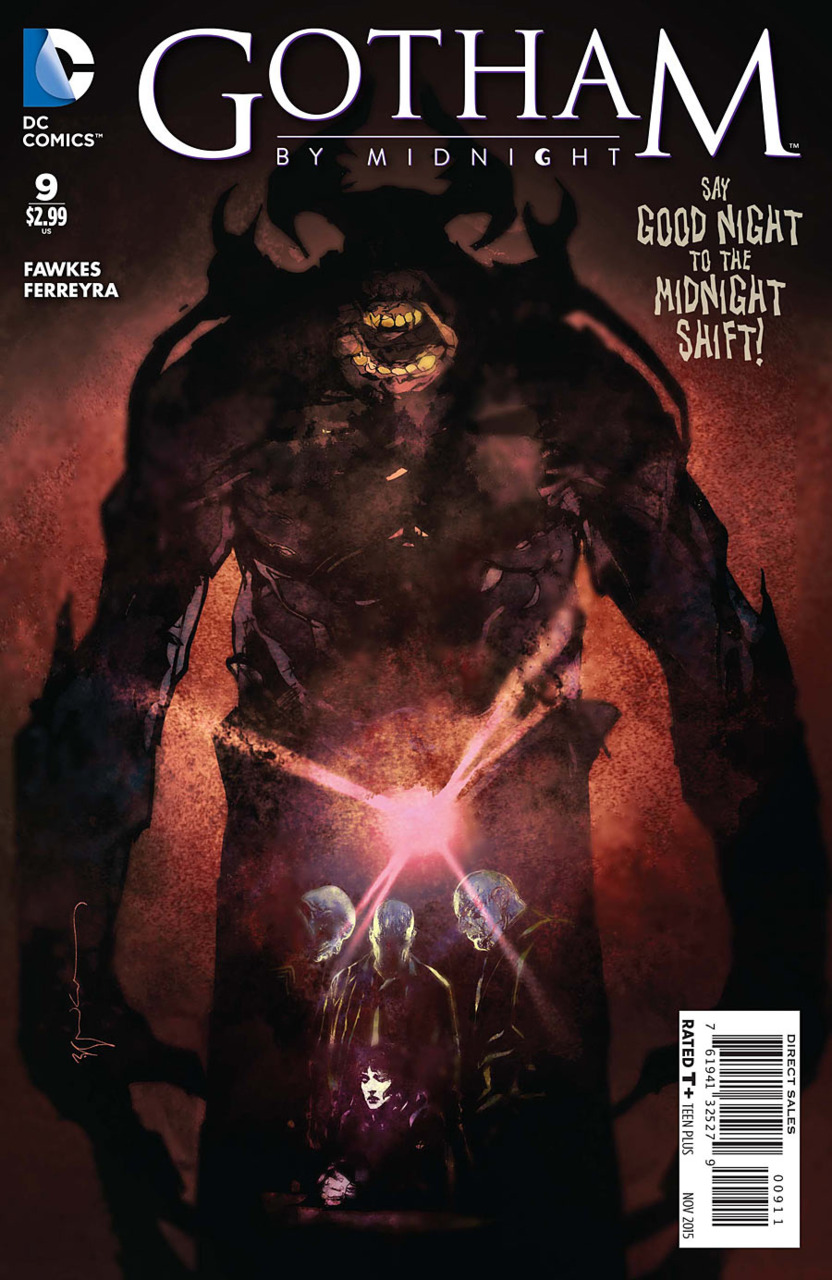 “The Truth” consists of three separate scenes: the questioning of Jim Corrigan, the questioning of Lisa Drake, and the search warrant execution at the Midnight Shift precinct. The scenes shift quickly between these three areas so I will describe each scene separately and then give my thoughts on the issue.

The first scene I will describe is the search warrant execution. Sgt. Rook is in charge of the warrant execution. Kate Spencer, Lieutenant Weaver and Dr. Tarr are present. Rook wants to concentrate on Corrigan’s desk, where he wants everything bagged and tagged. Spencer asks if Weaver is being charged and Rook says that Drake and Corrigan are the ones being investigated right now but the investigation can expand if necessary. Rook eyes Tarr’s lab. Inside the lab, Tarr starts to explain his theory about the black flower. The flower has been spotted were evil spirits take hold. The thought was that the flower was seeded by Ikkondrid, the subject of the first story arc but Tarr believes that is not the case. The flowers are not provoking the events the team have been investigating but rather are marking the events. Something that wants Gotham to survive has been using the flowers to help the team and not to harm Gotham.

The second scene is the interrogation of Lisa Drake. Drake and Corrigan are being questioned separately at GCPD Central Division. The detectives questioning Drake believe that she is afraid of Jim Corrigan and try to take a softer stance to help her talk. The two claim to have enough on Drake to send her to Blackgate but what they really want is Corrigan. Suddenly during the interview Drake starts to have one of her feelings and begs for the detectives to evacuate the building. She collapses on the floor and interesting enough a bandage suddenly appears on her nose. Suddenly Drake screams which corresponds to the questioning going on with Corrigan.

In another room Sgt. Sofi Casimiro and Sgt. Mark Palmer start to question Corrigan. They focus on his past and the unusual outcome of his cases. All the unfortunate maimings and killings have been perpetrated on the sinners by the Spectre. Corrigan insists that all the events were not caused by him. As the questioning continues, Drake collapses from her chair begging for the building to be evacuated. I believe that she senses that the Spectre is about to emerge. There is a shot of Corrigan’s eye with a skull in his pupil and he starts to get agitated. As this goes on we see the black flower start to bud in the hallways of the station. Corrigan starts to lose control as Drake starts to scream and the Spectre emerges and slaughters Casimiro and Palmer by ripping them apart. Spectre turns towards Corrigan who asks why God would want to kill two cops doing their job. The Spectre responds that Corrigan wanted them dead and it was always him and returns to Corrigan leaving him in the blood soaked room with the officers outside breaking in. Next issue: “Face the Music”

I did not like this issue as much as the previous issues. This issue was an excuse to get the Spectre to come out and graphically kill his victims. I feel that the violence was way over the top, possibly showing more blood than what one might see in a slasher film. It looks like that the writers are trying to make Corrigan out as a bad guy kind of like what was done in the Gotham Central title, there using Corrigan as a crooked forensics officer.

I have to point out the panel that shows Drake lying on the floor with a band aid on her nose possibly from her injuries in the previous issue but when she is sitting in the chair we do not see a bandage on her nose.

It was interesting that a connection between Drake and Corrigan is being alluded to. She was able to sense when the Spectre was going to come out and acted as an early warning.

As to the black flower. Tarr calls it a language, my question is, who is speaking?

For my rating, I just did not like the graphic violence depicted here, I think this is the worse example of violence I have seen in modern comics in a long time.