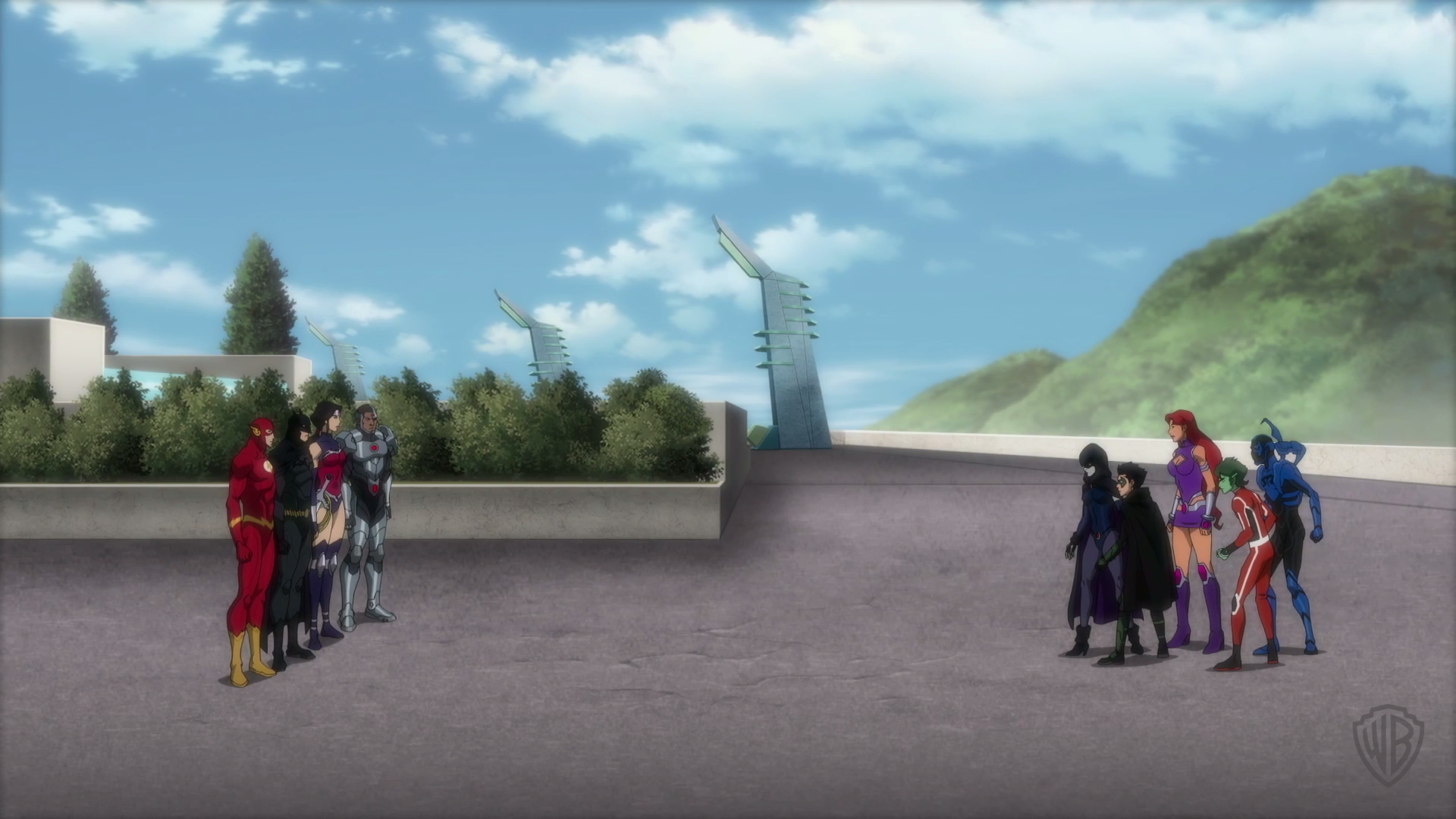 Justice League vs Teen Titans has officially released in Blu-ray and DVD. In celebration of the release Warner Bros. has released a few final clips for the film.

The next clip has the Justice League meeting the Teen Titans.

You can order your copy of the film on Amazon now.