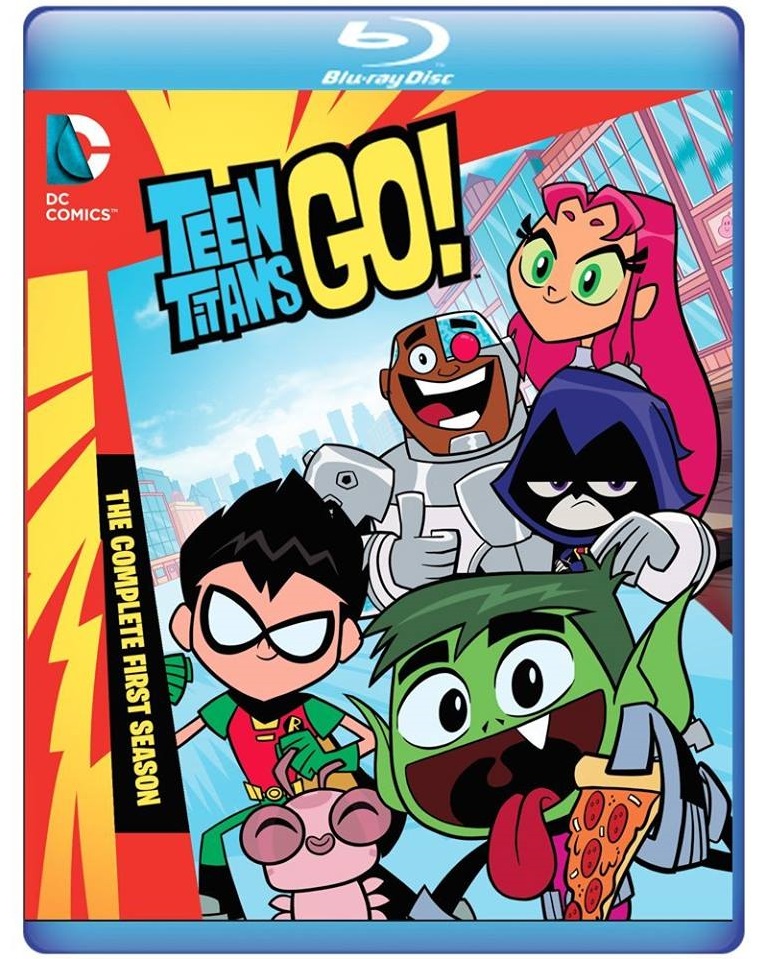 While we don’t report much about the series, Teen Titans Go is still considered a commercial success as new episodes continue to air on Cartoon Network. Warner Archive now has the first season available on Blu-ray.

The complete first season features 52 episodes of the series which normally air as two episodes per time block. The release is available through the WB Shop.

What happens after everyone’s favorite teenage super heroes have saved the planet from total annihilation? Swing by Titans Tower and find out as Robin, Cyborg, Raven, Starfire and Beast Boy chill out after a hard day of crime fighting and take on some real challenges like laundry, chores, video games and plain ol’ trying to get along! Enjoy the laughs when Beast Boy introduces his new villainous girlfriend, Raven’s demonic father stops in for a visit, or Cyborg has his birthday bashed by an evil pie baker. So suit up, order a pizza and check out these adventures, at least until the next time the world needs saving!