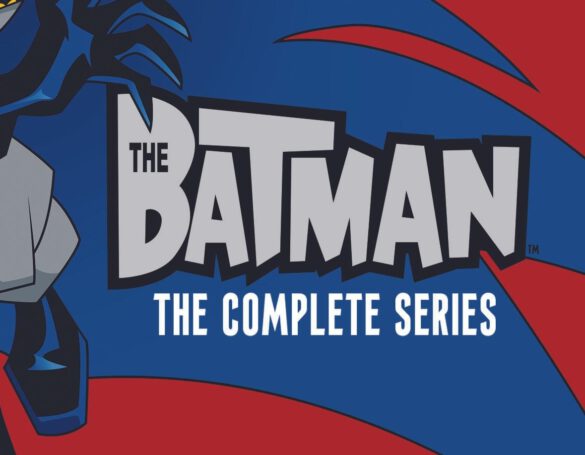 Warner Bros. has announced that the animated series The Batman, will be getting a full series release on Blu-ray in early 2022. All sixty-five episodes of the series were remastered for this new release. Here is the official description of the new release.

The six-time Emmy Award-winning series premiered on September 11, 2004 on Kids’ WB before eventually shifting to Cartoon Network for subsequent seasons. The Batman: The Complete Series follows 20-something-year-old Bruce Wayne’s early adventures as he balances his daytime persona as a bachelor billionaire with his nighttime guise as a caped crimefighter. Along the way, Batman is joined by allies Robin and Batgirl as they combat Gotham City’s Rogues’ Gallery, including updated versions of his familiar foes as well as a bevy of rarely seen villains like Killer Moth and The Everywhere Man. Join one of the most complex and intriguing character in comic book history for action-packed super heroic adventures that test the limits of this legendary character’s extraordinary physical prowess and super-sleuthing skills.

In addition to the sixty-five episodes of the series, there is a slew of special features that will be included with the release of The Batman: The Complete Series Blu-ray.

The release will be on Blu-ray and include a digital copy of the entire series. It will hit retailers on February 1, 2022 (see the adjusted date in the update below). You can preorder The Batman: The Complete Series Blu-ray on Amazon now.

UPDATE 12/14/2021: Warner Bros. has shifted the release date to March 1, 2022. This is said to “enhance the visibility of the box set in retail outlets.” With The Batman hitting theaters the same week as this release, it seems that it is likely that the company wanted to ensure Batman was getting marketed at multiple facets at the same time. The set can still be preordered using the link above and will ship with the new release date.

The Batman: The Big Chill Commentary