Whatever Happened to The Dark Knight Tie-In Video Game? 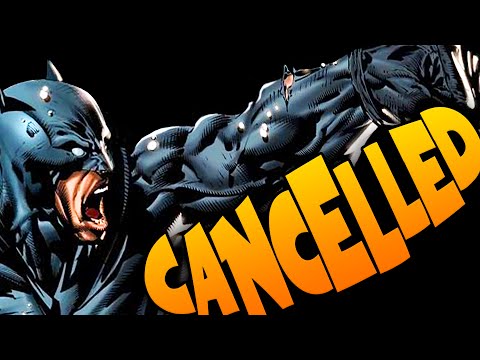 There is always an abundance of content on the internet regarding Batman. But every once and awhile you come across something that is really cool and informative.

Back in 2008, TBU was created in January of that year. Starting out exclusively as a podcast, we covered news on all aspects of Batman on The Batman Universe Podcast. At the time we were the only Batman podcast available where we talked about all of the news regarding The Dark Knight. This was a special time for me because I was laying the ground floor of what we would have now as TBU.

One of the unique things that I often paid attention to were the loads of interviews done with the cast of The Dark Knight. This was at a time where videos were not available on every site and shows rarely uploaded or made available clips from an episode. G4, which was a gaming network on cable, had a couple of great shows for those of us who were into gaming. One was X-Play, and another was Attack of the Show. I loved Attack of the Show and an actress by the name of Olivia Munn came from that very show and eventually moved on to bigger things including staring as Psylocke in this year’s X-Men movie.

To make a long story short, there was an interview that G4 did with Gary Oldman where he described a video game that was to be based off of The Dark Knight. As we know, the game never came to be and a year later Batman: Arkham Asylum released.

But whatever happened to the game and why did Oldman mention it in an interview if it wasn’t going to happen? Well, the guys over at Did You Know Gaming have investigated the outcome of what never came to be.

While the game never made it to release, it is a good answer to the question of whatever happened to it. This was something that I always wondered myself as it was a big deal for us when it was revealed and ended up being forgot about when Arkham Asylum was announced. Batman Begins continues to be the last TBU film produced that had a tie-in game and many would agree that that may have been a good thing.