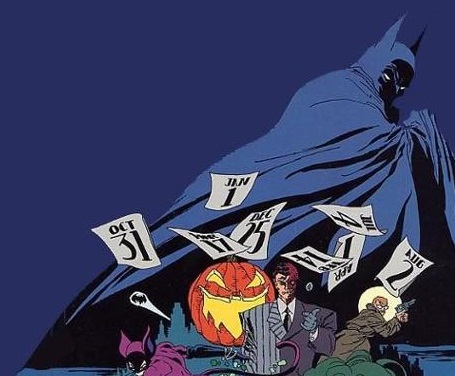 During DC FanDome, there was a special panel held exclusively at IGN showcasing the next DC animated project from WB Animation, Superman: Man of Tomorrow. The highlight for Bat-Fans was that the slate for 2021 was revealed and includes three films showcasing the Batman Universe.

The first release of 2021 will be  Batman: Soul of the Dragon. This film takes place out of continuity and is executive produced by Bruce Timm. The film’s setting is the 1970s and is an original tale. The voice cast revealed includes David Giuntoli as Bruce Wayne/Batman, Michael Jai White as Ben Turner/Bronze Tiger, Mark Dacascos as Richard Dragon, Kelly Hu as Lady Shiva, James Hong as O-Sensei, and Josh Keaton as Jeffrey Burr. The next film of 2021 is also an original story, but will focus on the Justice Society of America.

The final two films of 2021 will be a film split into two parts focusing on Batman: The Long Halloween. The first part will be out in the summer with the second part following in the fall.

More details will be revealed and announced as we get closer to the release of each film. Stay tuned for more news regarding these films and everything else happening in the Batman Universe.