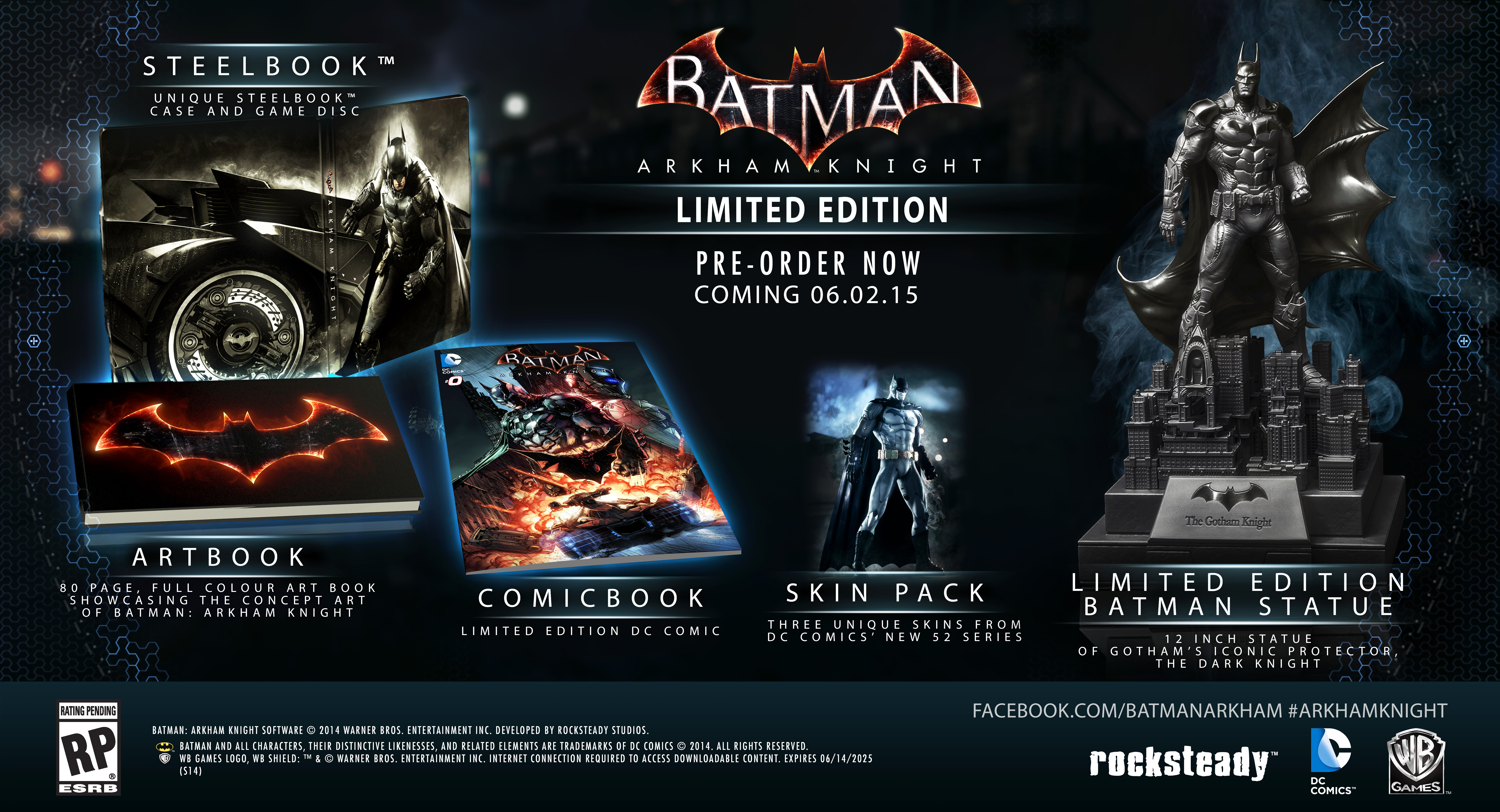 It was only a couple of days ago that we told you that WB had scrapped the entire collector’s edition of Batman: Arkham Knight and now reports are coming in from all over the place that the Limited Edition will be delayed at least for customers in Europe.

In an email sent out earlier today, customers from Amazon and GameStop were informed that Batman: Arkham Knight Limited Edition will be delayed and may not arrive until July 14. While there was not a specific reason detailed, this seems to be specific to European countries only at this point.

The good news is that if you already ordered the game, both Amazon and GameStop have said that they will send out a digital code for customers to be able to play the game right away on Tuesday and then ship the product out as soon as it is available.

If you haven’t pre-ordered it yet, we are only a few days away from the release. Batman: Arkham Knight arrives Tuesday, June 23.