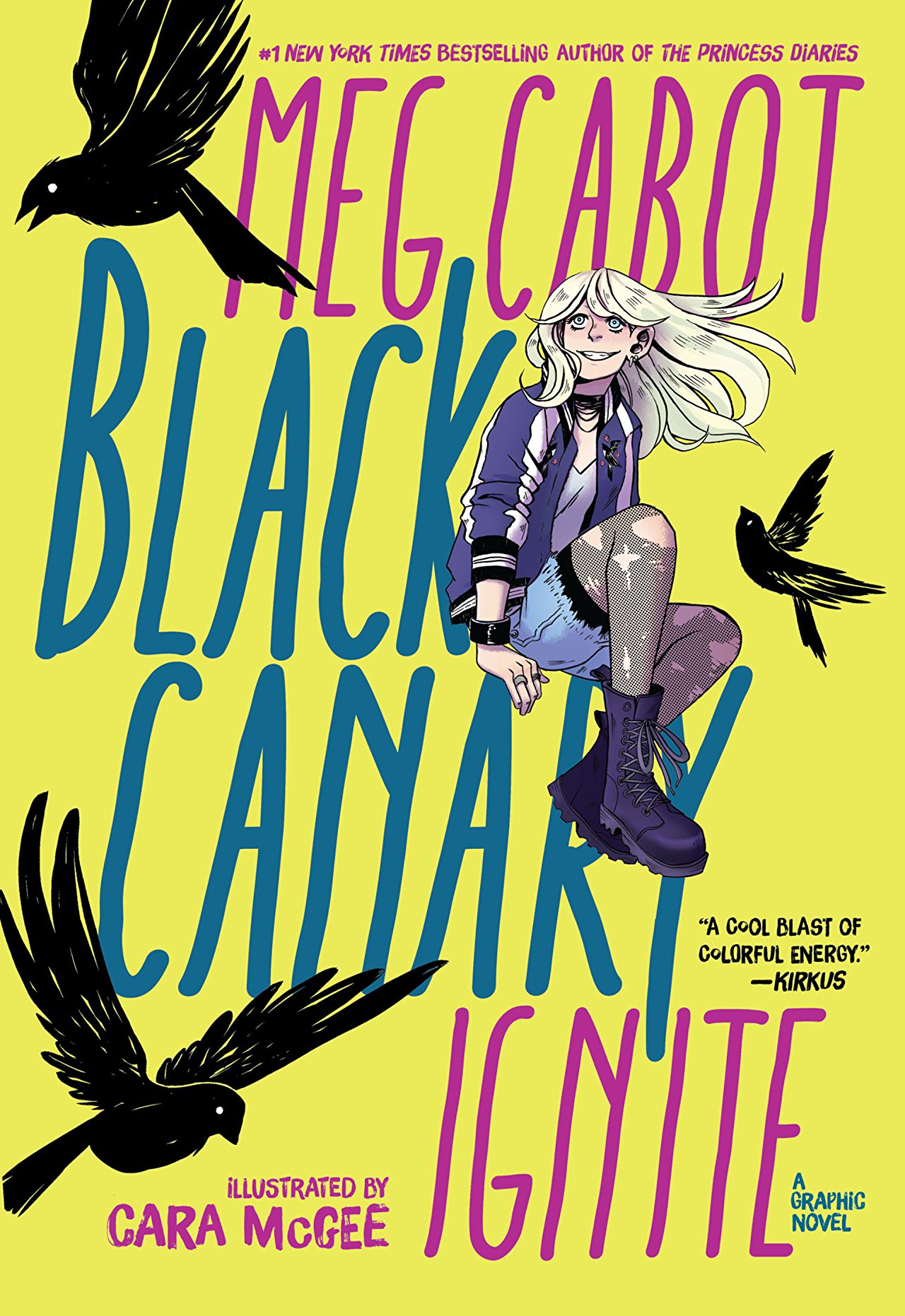 The plan is a bold and smart one: using well-known YA authors to potentially bring new readership to DC Comics. However, like the YA literature that these graphic novels are based on, the stories sometimes seem to be edgy for edginess’ sake. Realistic themes that are oftentimes hard to talk about and stories that focus on growing pains are the staples in at least the DC Ink line, but what determines whether the book will be overflowing with adult language or not?

While not specific to this title, DC makes an error by not properly addressing (and advertising on the cover) some of the adult material (besides the themes) and creating a false sense of “fun” and “super-heroics” that any young adult or child could pick up with other titles in this line. What a shock it must be when he or she discovers it is not meant for a younger audience as they expect but features more mature themes meant for teenagers. DC needs to be better about addressing the content within, and should be consistent with its offerings and mission statement: what is the purpose of DC Zoom and DC Ink and who is the audience it is meant for? The cover alone cannot be the guide for that.

Synopsis (provided by publisher):From the #1 New York Times bestselling author of The Princess Diaries comes Black Canary: Ignite, Meg Cabot’s first graphic novel! With expressive and energetic art by Cara McGee to match the trademark attitude and spunk of Meg Cabot’s characters and dialogue, this mother-daughter story embraces the highs and lows of growing up without growing out of what makes us unique.

Thirteen-year-old Dinah Lance knows exactly what she wants, who she is, and where she’s going. First, she’ll win the battle of the bands with her two best friends, then she’ll join the Gotham City Junior Police Academy so she can solve crimes just like her dad. Who knows, her rock star group of friends may even save the world, but first they’ll need to agree on a band name.

When a mysterious figure keeps getting in the way of Dinah’s goals and threatens her friends and family, she’ll learn more about herself, her mother’s secret past, and navigating the various power chords of life.

Analysis: The Good-Within Ignite we follow a middle school-aged Dinah Lance, pre-Black Canary. As middle school is a difficult and awkward time, I appreciate the fact that there are some strong themes within the book, especially what it is like to be in middle school, finding yourself, and discovering your purpose. Dinah is pulled in several directions, influenced by her heart, her teachers, her family, and her friends. While the book could have gone further with this, perhaps exploring how detrimental outside influences can be, we do see the appropriate level of conflict arise. The majority of the conflict comes from Dinah’s relationship with her parents. We see that they have different expectations from what Dinah would like to do, and this creates some tension as well as teen angst and rebellion, though not to the extreme. As often happens in real life, Dinah ends up pursuing what is in her heart, which, ironically, happens to be following in her parents’ footsteps.

This story merges the past and present versions of Dinah, giving her the family from the past we have not really seen in The New 52/Rebirth while crafting the character into a burgeoning rock star, as we have seen in the pages of Black Canary by Brendan Fletcher. I like the fact that, while she is a legacy character, once she goes into action she ends up using only pieces of her mother’s costume, preferring to design her own original version. Also original to the story is how her Canary Cry presents itself, not always in screams of “AHHH” but sometimes in words and phrases as well. The training sequences are fun and realistic, showing the frustration of Dinah while also granting her some successes. It is also great to see Ted Grant as a trainer of Dinah, hearkening back to the comics and Justice League animated series. Ted is not the only Easter Egg either, as Janet van Dorn from Batman: The Animated Series is named in the story as well. Finally, who doesn’t want an animal sidekick? While some may say it is a little heavy-handed having a black canary appear several times throughout the story and even follow Dinah, I like that it ends up as a friend to Dinah. Animal familiars are one of my favorite things, and there are some great ones throughout different media.

The Not-So-Good-My main issue with this story is the setting. Choosing Gotham City as the location for the book is a mistake, and it should have been Star City. While Black Canary may frequent Gotham City presently, it ignores a great part of the character’s history. Batgirl is a shadow over the story, especially since there are several story beats that mimic Batgirl: Year One and Detective Lance looks like Jim Gordon. Joker is mentioned several times throughout the story, and once you get to Bonfire, it seems like a major letdown. Even Bonfire has her original base of operations (pre-Crisis) in Star City. It would have been more successful to be in a city with no Batman and no Batman-villains, especially since this story doesn’t seem to be setting up or continuing some other Zoom/Ink continuity.

Bonfire is also unsuccessful, not in the choice to use her, but in the execution. I have heard of villains going to the extreme for revenge, but becoming a principal to take revenge on a middle schooler seems like a stretch. It is also disappointing that the villain is more tied to the mother, not the daughter. Bonfire fits as a villain of the story given the history of the character with Black Canary, but it is a strange reversal that she kidnaps the mother to get to the daughter, whereas realistically, Bonfire should have kidnapped the daughter. The villain has a history in the DC Universe and has most recently been seen in Fletcher’s run, so it doesn’t seem like too far a stretch of the imagination to have her be a rival of Dinah in school. Why didn’t they?

Finally, it seems like the publisher’s synopsis as incorrect: this is not a mother-daughter story. Yes, there is a passing of the torch, and they share the Canary, but the conflict surrounds Dinah and her father. There could have been more done to build the mother-daughter dynamic, and they should have had more panel-time together. Perhaps eliminating the vocal coach and putting Dinah’s mother in her place could have brought the two closer together. As it is, Dinah learns about her mother’s secret, uses pieces of her mother’s costume, and saves her mother. Is that a mother-daughter story?

I enjoyed McGee’s art, which has some obvious manga influences. The coloring is bright in order to reflect the tone of the story within. The character designs are diverse, especially looking at the trio of Dinah, Kat, and Vee. Dinah’s father is not designed successfully, mainly because of his close resemblance to Jim Gordon, as stated above. McGee also adds some cute flourishes to scenes, like little hearts, which I love.

There are too many clever moments to name, and some of them are visual, but here are two of my favorites: “Mom, does dad know you have a secret compartment in the wall of your shop?” and all the “So you….” books that pop up and seem to suit every need.

Final Thoughts: It’s fun, but the setting of Gotham City and the specter of Batgirl that hangs over this book makes it a bit redundant, not to mention the fact that there is little mother-daughter time.

Review: Batman and Robin and Howard