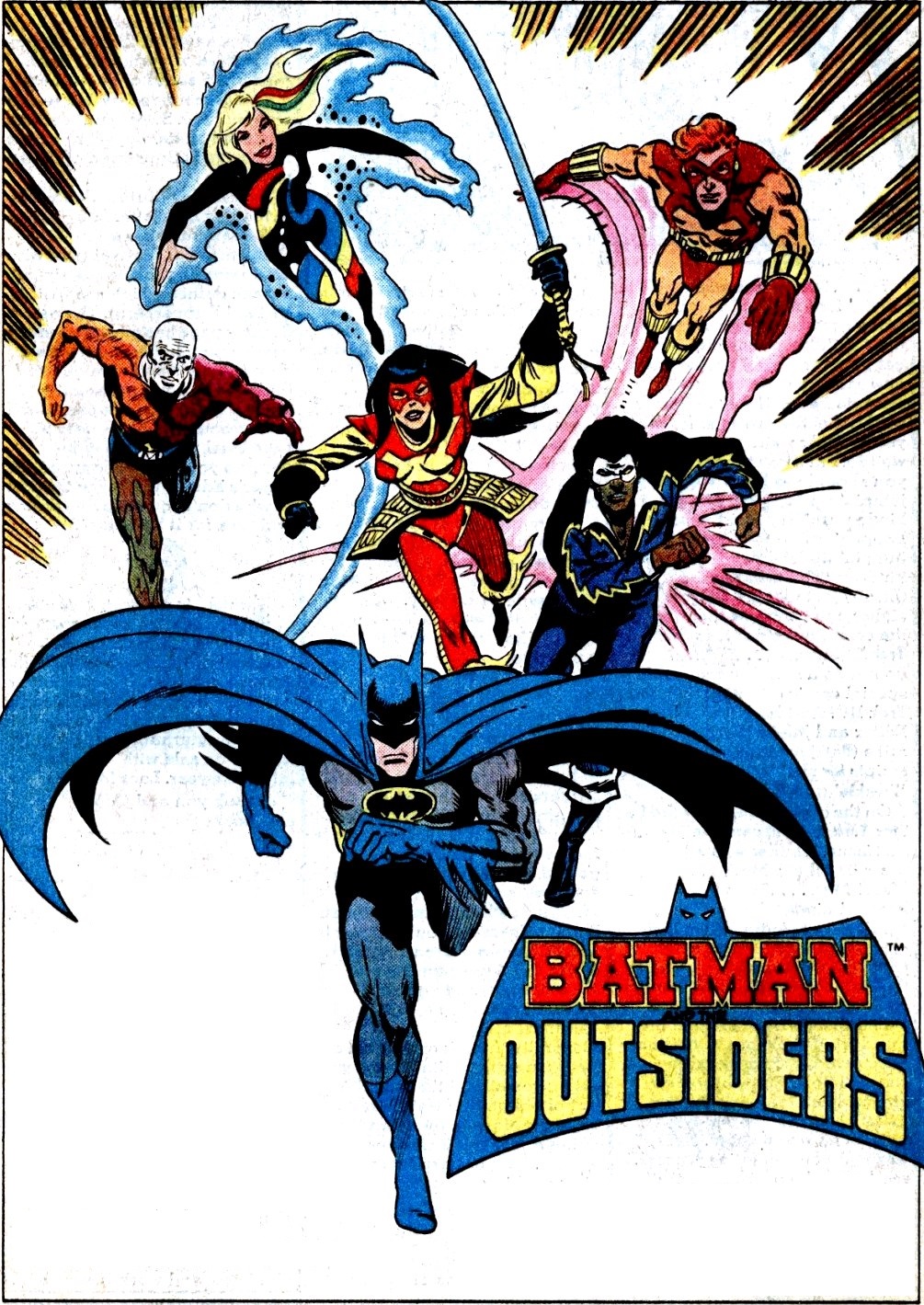 I must admit, Bat-fans, I never thought I would see the day. Figures Toy Company has announced a line of superhero figures based on the classic lineup from DC Comics’ Batman and the Outsiders. This the first time that anyone has offered a toyline based on the series and included this specific group of characters. Which characters will be included you ask? Well, the image FTC released with announcement showcases, Batman, Black Lightning, Katana, Geo-Force, Halo, and Metamorpho. So it is probably safe to assume that they will release those characters at the very least. which includes classic DC Comics characters as shown in the cover below. While no release date was announced, Figures Toy Company seems to like the idea of moving on to another DC property featuring Batman after their successful run on the classic Batman television series. When the Justice League wouldn’t help, Batman rallied more of the World’s Greatest Heroes into an all-new super squad to fight the forces of evil. Now, those same heroes that stood by the Caped Crusader are coming to Figures Toy Company in an all new retro figure series inspired by classic DC Comics characters. Prepare yourselves for the arrival of Batman and The Outsiders!

Comic book collectors fondly remember all the adventures of The Outsiders, and now they can be put back into action with the first toy line dedicated to the super group! An all-new Batman figure featuring a new head sculpt of the World’s Greatest Detective leads the charge, and he’s got a full force of friends coming with him! Metamorpho, Halo, Looker, Geo-Force, Katana, and Black Lightning are all about to combine their super powers and classic costumed appearances to assemble what is sure to be one of the most powerful releases in FTC history!

batman and the outsidersfigures toy company