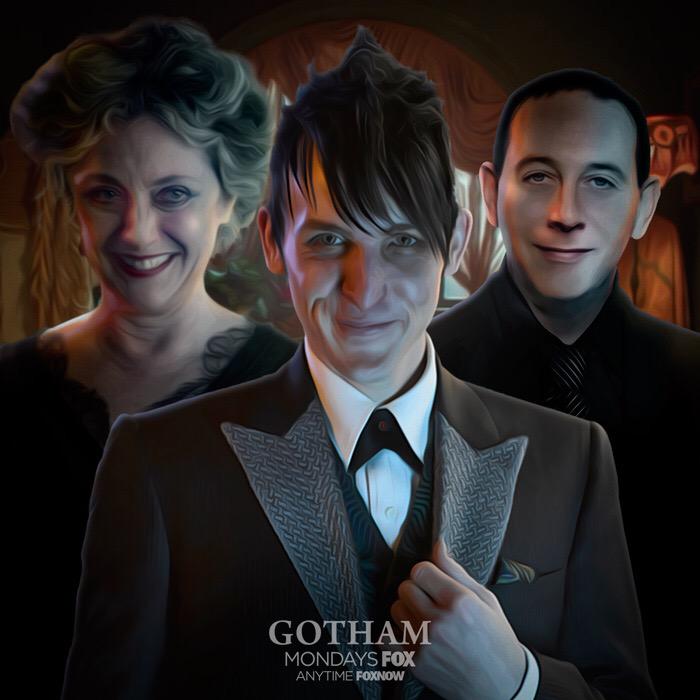 New York Comic Con has come to a close, but not before Gotham made a splash today. Warenr Bros. has released the sizzle reel that was shown to fans who attended the panel.

Also on the heels of the convention ending,  Robin Lord Taylor revealed on Twitter that Paul Reubens, aka Pee-Wee, will be playing Penguin’s father on an upcoming episode of Gotham. Reubens previously played Penguin’s father in Tim Burton’s Batman Returns.