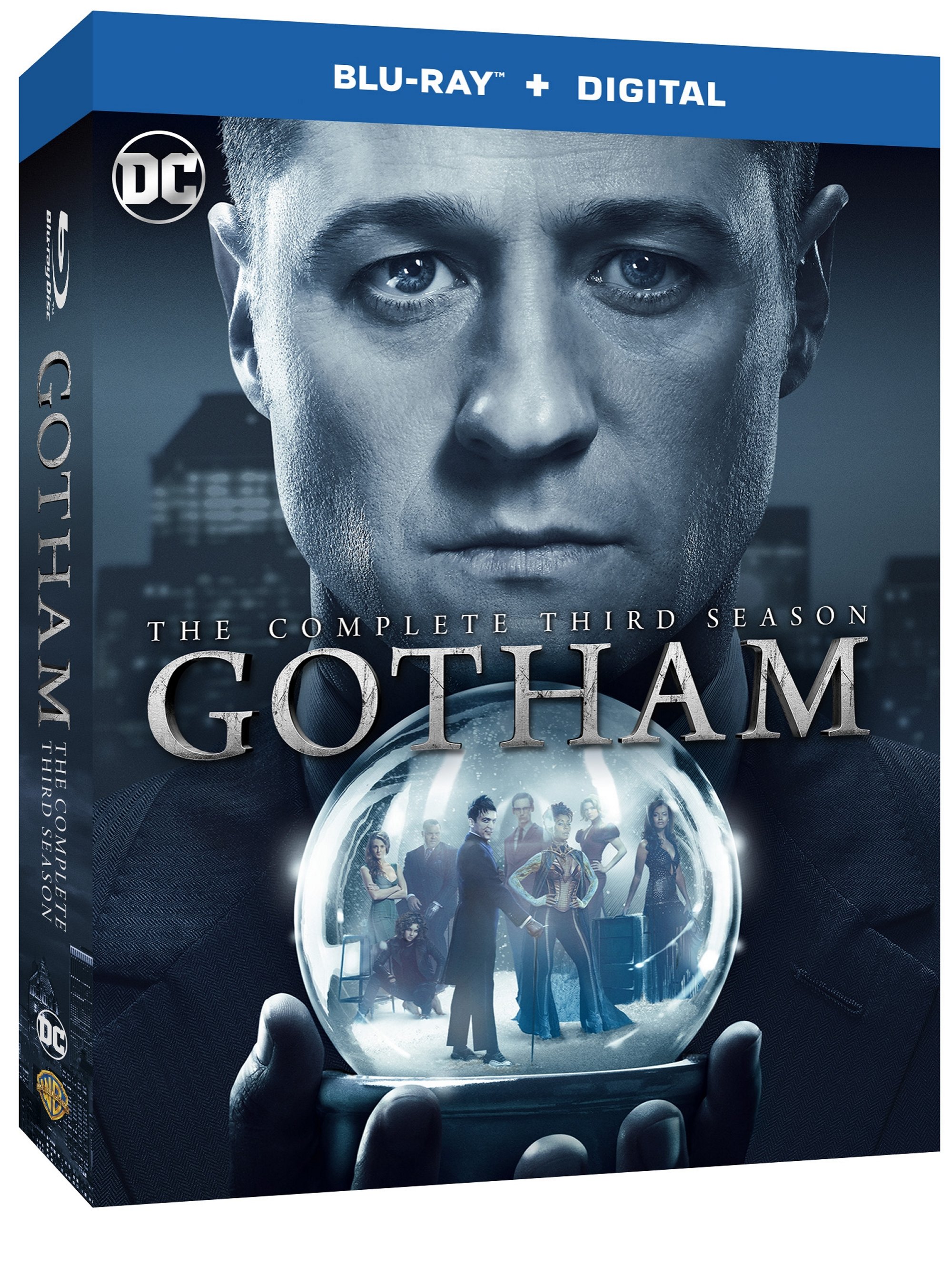 With the seemingly endless supply of comic book-based television shows currently on the air, you’d be forgiven for letting one or two slip through the cracks. Fear not, because Bat-fans will have another chance to check out season three of Gotham when it is released on Blu-Ray and DVD on August 29. According to the Warner Bros. Press Release, this may be a great time for new fans to jump on board:

“The city seems to be descending further and further into chaos and darkness as burgeoning DC Super-Villains Penguin, Edward Nygma/The Riddler and more are joined by the future Poison Ivy, now transformed into a young woman who’s harnessed the full power of her charms, and Jervis Tetch aka Mad Hatter, a talented hypnotist teetering on the edge of madness.”

Included in the 22 episode set of both the Blu-ray and DVD release will be several deleted scenes, the 2016 Comic-Con panel, and a featurette on the Court of Owls’ introduction into the Gothamverse.

You’ll have plenty of time to binge on season three before the new season hits this fall. You can pre-order your copy of the Blu-ray on Amazon now or the DVD version if you prefer.