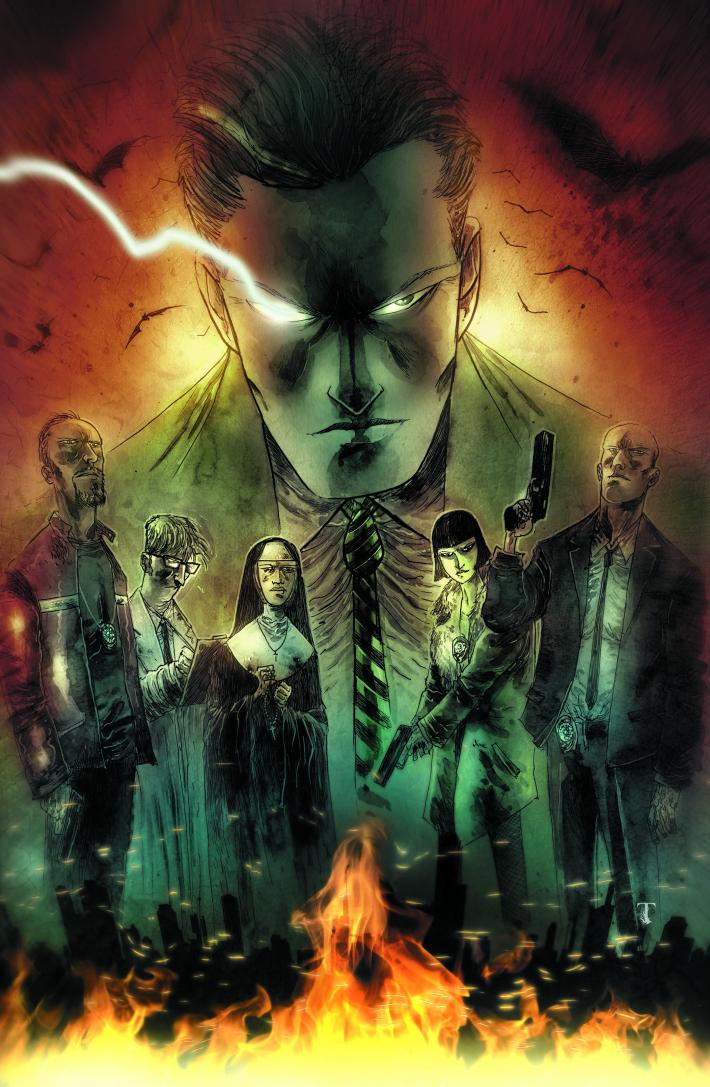 DC has announced today that the Batman family of ongoing titles will grow again in November with the addition of Gotham by Midnight, a darker title from Ray Fawkes and Ben Templesmith.  The new series will essentially be a spin-off of Batman Eternal by focusing on Jim Corrigan (the host of the Spectre) and the supernatural side of Gotham City.  In this new title, Corrigan’s team-up with Batwing in the pages of Eternal (which is written by Fawkes) will result in Corrigan becoming part of Gotham Police Department’s “Midnight Shift” investigating supernatural occurrences alongside detective Lisa Drake, forensic specialist Dr. Szandor Tarr, and a religions consultant named Sister Justine.

Gotham by Midnight is said to be a mixture of a classic horror story (like Fawke’s run on Constantine) and a police/detective series.  Fans of Fawkes’s arc in Batman Eternal can look for the premiere of the new series November 26, 2014.