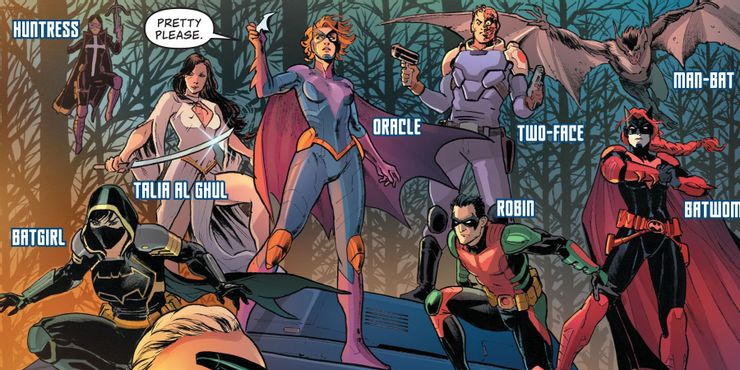 In a somewhat unexpected announcement, there is a new report that the CW is actively developing a new Batman Universe series called Gotham Knights. This new series has no connection to the upcoming video game Gotham Knights. Three of the writers attached to the current Batwoman series are developing this new project.

In the show, in the wake of Bruce Wayne’s murder, his rebellious adopted son forges an unlikely alliance with the children of Batman’s enemies when they are all framed for killing the Caped Crusader. And as the city’s most wanted criminals, this renegade band of misfits must fight to clear their names. But in a Gotham with no Dark Knight to protect it, the city descends into the most dangerous it’s ever been. However, hope comes from the most unexpected of places as this team of mismatched fugitives will become its next generation of saviors known as the Gotham Knights.

Your mileage may vary on excitement for this series. With Batwoman having its own take on the Batman Universe on the CW, and multiple other characters appearing in a variety of series currently, it is hard to say if the series is needed. HBO Max is developing to new series focusing on the Batman Universe and spinning out of the upcoming The Batman with the GCPD series and a Penguin series.

One could say there can never be too much Batman representation in media, but what if projects created from an original concept, loosely connected to the Batman Universe fans know start popping up? There are plenty of characters that have yet to get focused on or major elements from the continuity that has yet to be adapted. Some Bat-Fans may be asking themselves are we approaching too much of a good thing? Could the CW be pushing things too far with Gotham Knights?

SDCC 2019: What to Expect from Batwoman Series