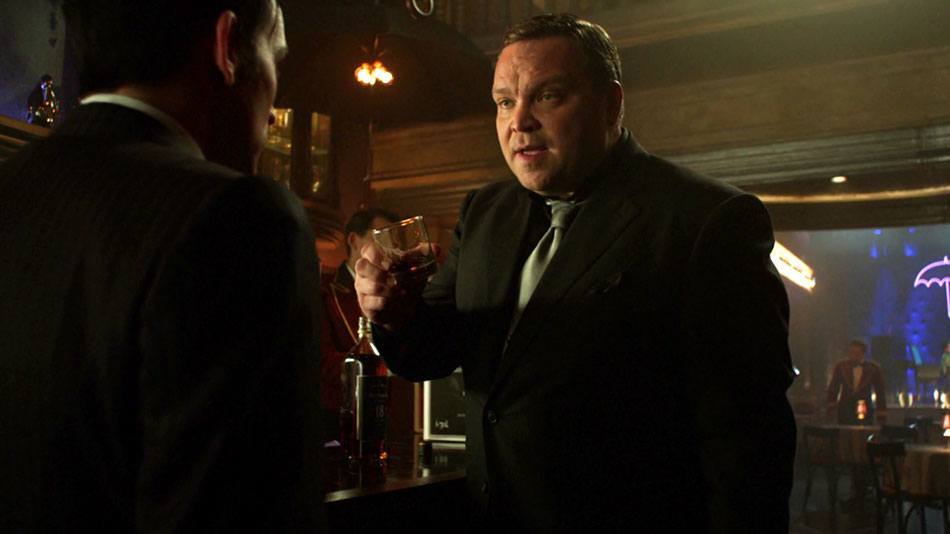 On June 27th and 28th, Drew Powell joined a few of his Gotham cast mates at Walker Stalker Con in Orlando. The Batman Universe was able to check in with him.

His missed opportunity to play Shane on “The Walking Dead”:

“Besides having some buddies that have been on the show, I always love to support them, I auditioned for the role of Shane for the pilot and I loved that script and it was really well written. I was a little bummed when I didn’t get it, but I’ll get over it someday (chuckles).”

What did Victor do to Butch in that basement:

“Y’know I don’t know, I asked Bruno (Heller) that at one point and all he said was ‘nothing good’ and I think that’s about right. I don’t think it was very pleasant under there. Y’know it’s cool because it’s really interesting to play that kind of role where a guy that’s had that kind of mental trauma and how that’s going to play out down the road in season two.”

Did he know if Butch was faking or not:

“I decided that I wanted that to feel more real, so that I would like it kind of present itself. And I didn’t know one way or the other and I think that’s one of the great things about Bruno and the writing team. They write it and they don’t feel like they have to tell us everything and make decisions for us, so it was more fun for me to be able to come about that naturally. Sometimes I would waiver, like one time I was like ‘oh yea he’s definitely faking’ and then I was like ‘oh I don’t know if he’s faking’. We’d change from episode to episode sometimes.”

“The finale on the rooftop was a favorite but I also love the scene in the car with my old buddy talking about the meat and then of course what happens there in the end. I just love the composition of that scene with the music and everything. That’s always one of my favorites.”

What to expect from season 2:

“We’re only a week in. So far so good. All I can say is it’s taken what I thought was an amazing finale and just running with it. I think the fans are going to be very pleased.”

Gotham returns this fall on Fox.