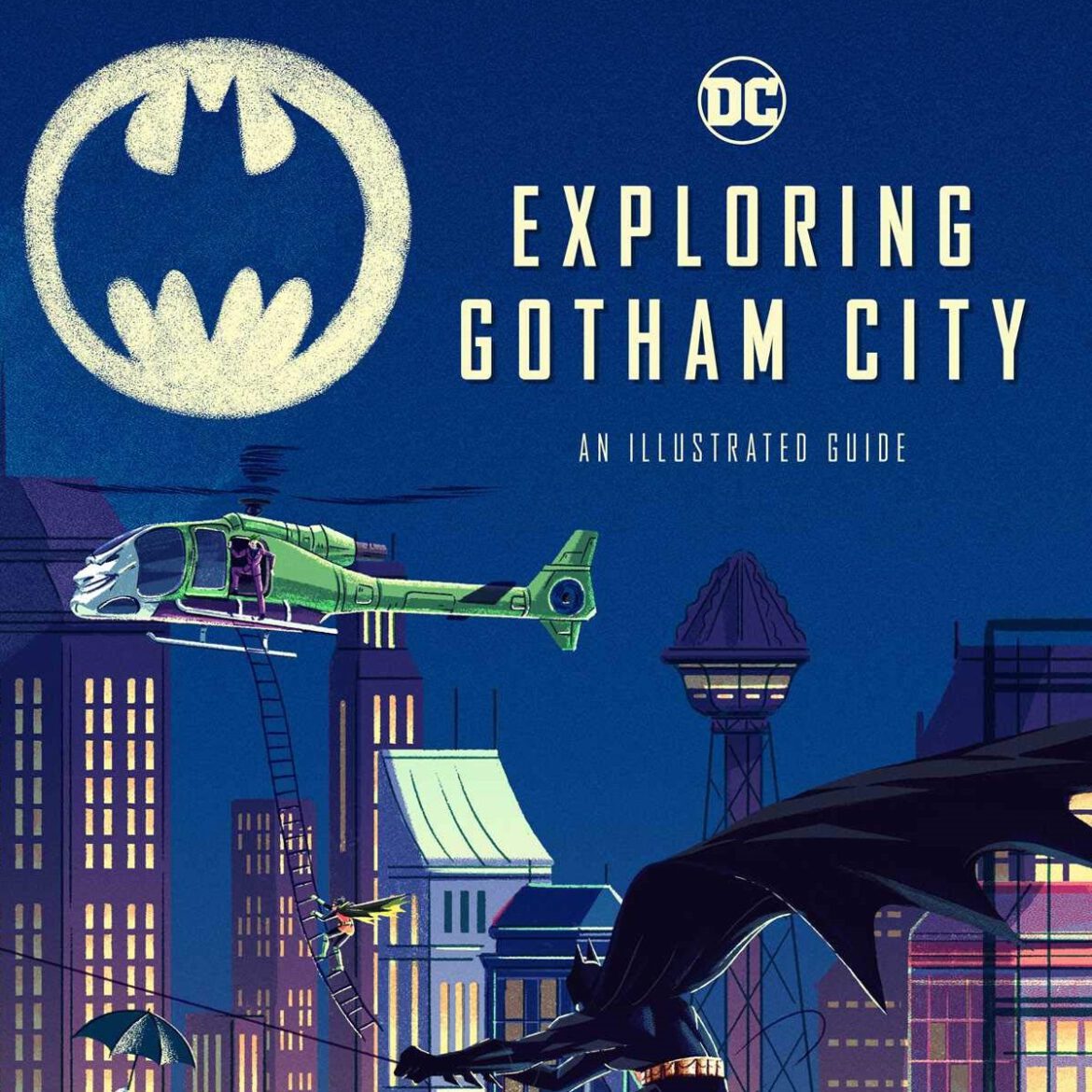 Our latest TBU Merch Review takes us to a release that is actually coming up this Tuesday. Insight Editions is releasing a new title called Exploring Gotham City. This new visual guide was announced just about two months ago and from the announcement, I was pretty excited about the book.

To give some history, I have always been a fan of visual guides, even before my time at TBU began. When I first started TBU back in 2008, there were a number of ways I learned more about the characters in a very quick fashion. One of those ways was to read visual guides. Years have passed since the early days of TBU and now Insight Editions has released a guide that in some ways, pushes all of the other guides to the side.

Not only is the book updated to reflect various elements from the stories found in current DC Comics, but the illustrations, by themselves, are something to marvel at. Studio MUTI put together some amazing art for each of the major locales with Gotham City. Not only that, but there are little Easter eggs that appear in almost every one of the location profiles.

Matthew Manning, who is no stranger to the Batman Universe, gives readers enough information to hook them to be more excited for the stories being told in the comics. There are references to Scott Snyder’s run on Batman, hints of the Outsiders working out of the Batcave under the Wayne Foundation building, and even Jason Todd stealing the tires off of the Batmobile in Crime Alley.

Overall this is a great addition to Insight Editions’ multiple offerings focusing on Batman. This title is the beginning of a new series of books focusing on various other DC Universe locales with a future title focusing on Metropolis. The writing is enough to get new fans and old fans to appreciate the characters, while the art is what really sells the titles.

Thank you to Insight Editions for providing us this amazing first look ahead of its release. Exploring Gotham City arrives at retailers next Tuesday, March 16. You can preorder a copy of the book by heading over to Amazon.