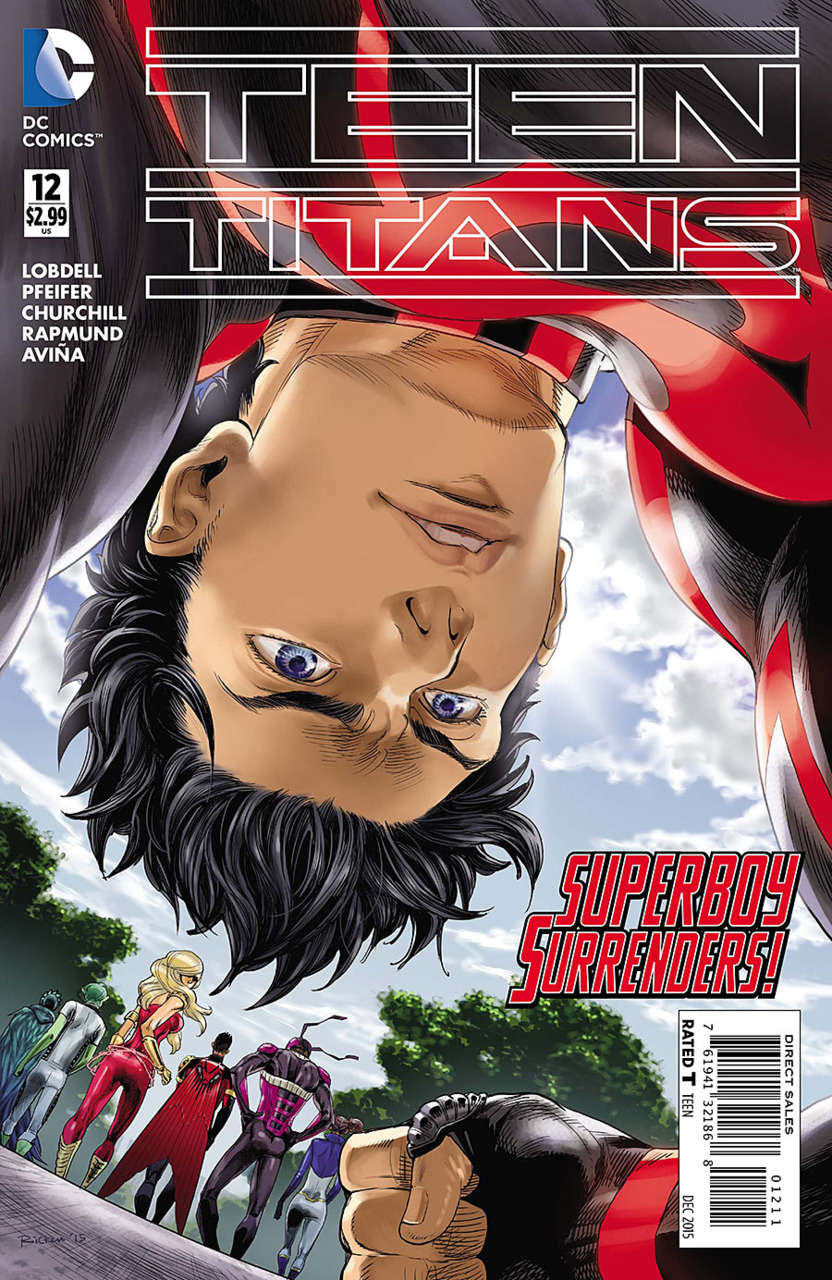 “Rogue Targets Part IV” opens with Superboy attacking, declaring that he wants his life back. We hear a voice over granting Kon’s wish. He, Wonder Girl, Kid Flash and Red Robin are whisked away. The four believe that they are transported to their old apartment but their powers are gone. Red Robin asks what Kon meant by wanting is life back. At first Kon thought he meant to when the four of them were the Teen Titans together but now he just thinks it is any time before he killed the Durlans. Cassie asks Kon what happened that day. Kon admits that his body read them as a threat and they somehow managed to shut down his mind so that he immediately went into weapon mode and killed them all. Both Bart and Cassie, the two who are now members of the Elite who are hunting Superboy express their understanding and desire to help Kon through this.

Kid Flash remembers his future or past or whatever when he was a wanted felon himself. Bart remembers fighting a whole war thinking he was right. Kon comforts Bart by saying that he knows that Bart always acts from his heart.

Cassie butts in and the scene shifts from Kid Flash’s future to the time Cassie found the silent armor and became Wonder Girl. She declares that she and all of them make their choices and now they need to stop living in the past and start living with their choices.

The scene shifts to the time when the Titans first got together. Bart remembers when he first borrowed Tim’s shirt making him angry. Cassie remembers her first fight with Kon when she was finally able to cut loose. Kon remembers when the Titans saved him and accepted him into their team even though he was created to destroy them. Tim remembers all the team members and remembers his apartment as the place where the Teen Titans were born.

Cassie remembers something else. She remembers the apartment as the place where the Teen Titans were first betrayed. Tim is confused. The scene shifts and the Titans are seen in uniform in front of a wall of monitors. Tim admits that he could not bring a half a dozen met humans under one roof without studying them. That was too much power to put under one roof at the same time and to punctuate that statement he throws a handful of batarangs. Tim is not aiming for the Titans, instead he is aiming at the individual who was watching them from the beginning, Harvest. Harvest insists that he was not watching the Titans, instead he was giving them the gift of bidding Superboy one last good buy. The Titans move in to defend Kon but he stops them from intervening. Kon states that the he did not belong with the Titans, instead the Titans were created to fight someone like him. Kon states that the Titans really never trusted him. He also says that he thought he was in love with Cassie himself but like a tank or a gun he cannot feel love. Tim tries to stop Kon himself. Kon asks Tim to let him go and Tim responds by slashing Kon with his razor wings but is unsuccessful as Kon has make up his mind. Superboy leaves the three remaining Titans with Harvest. Harvest tells Tim that he was always to bring the Titans together and to train them. One by one the Titans will leave to join Harvest to become his army. Tim argues but Harvest responds by saying that the Titans were not brought together out of altruism but out of fear. It is fear that will keep them together now but that fear is not of Harvest but of each other. Next issue “From the Ashes”.

There was not a lot of action in this issue. This was basically what could be described as a clip issue. Like in a TV show we see clips of these four characters as they look at their separate past as well as their past together as the Titans.

I found it interesting that the characters chosen are the same characters that make up the Teen Titans line of action figures from DC Collectibles. Could this issue have been a commercial for this line of figures? I hope not.

Like in most cases I did like this issue for its character moments. We get a glimpse of why Tim brought the Teen Titans together in the first place and it is interesting to see that this is really what Harvest wanted all along.

I am interested in seeing what the future holds for all four if not all of the characters of the Teen Titans. Will they get back together to be a team of heroes or will they continue to act out of fear?