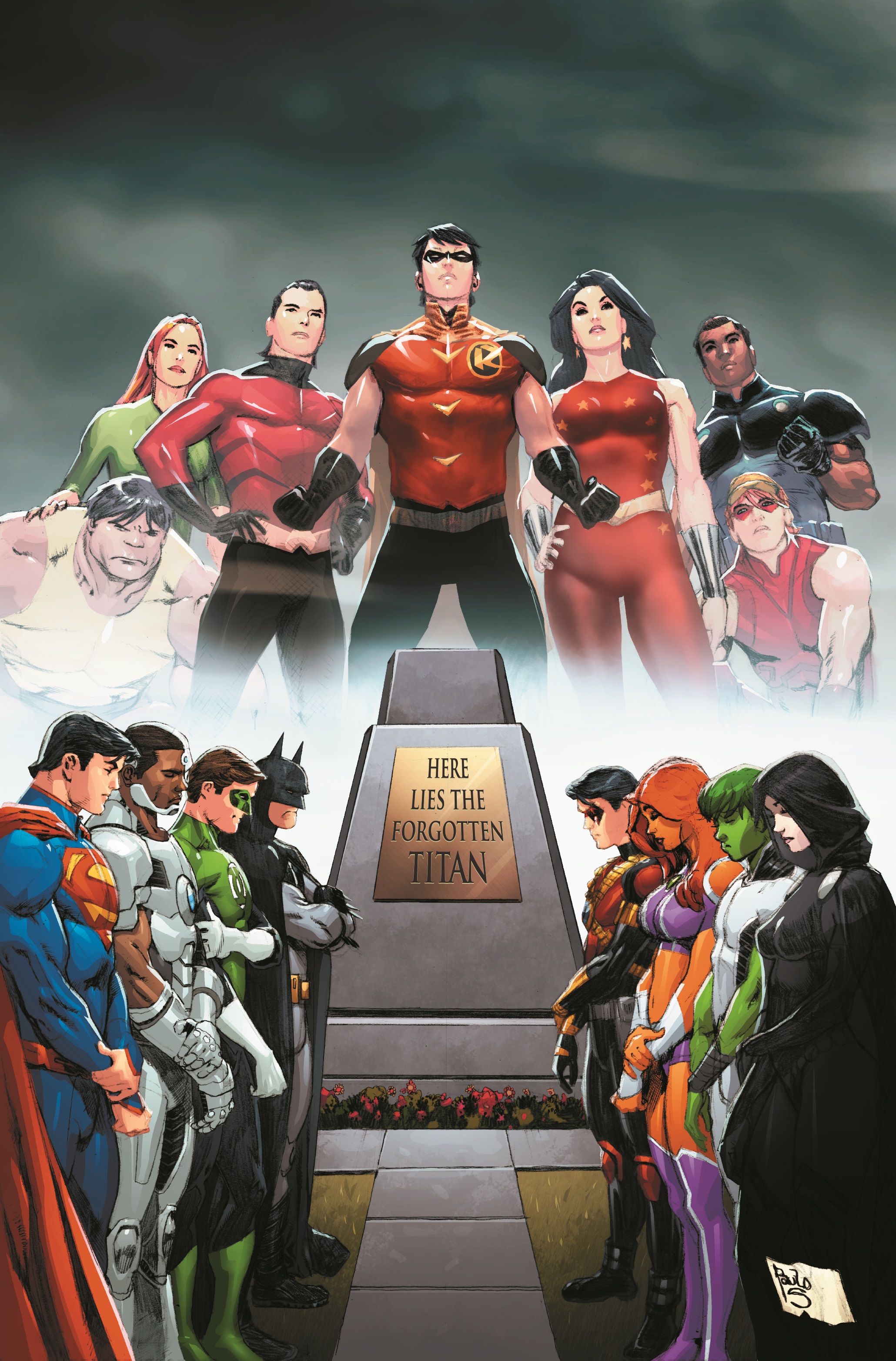 Today on IGN’s Comic-Con live stream show, DC Comics co-publishers Jim Lee an Dan Didio revealed three new comics spinning out of Convergence.  One of these is a look at alternate universe characters, this time the Teen Titans featuring Dick Grayson written by Dan Abnett.  On sale on October 21, the description for this title is as follows:

CONVERGENCE is over, but the ripples are still being felt, especially by a young precog named Lilith. What are these visions she’s having of a Teen Titans team the world never knew? And why does she feel compelled to seek out Dick Grayson, Roy Harper, Donna Troy and an Atlantean named Garth and warn them that something dark and sinister is coming after them? Who are Mal, Gnarrk, Hank Hall and Dawn Granger, and what is their connection to the others—and to the fate of every soul on Earth? This is the Secret History of the TEEN TITANS!