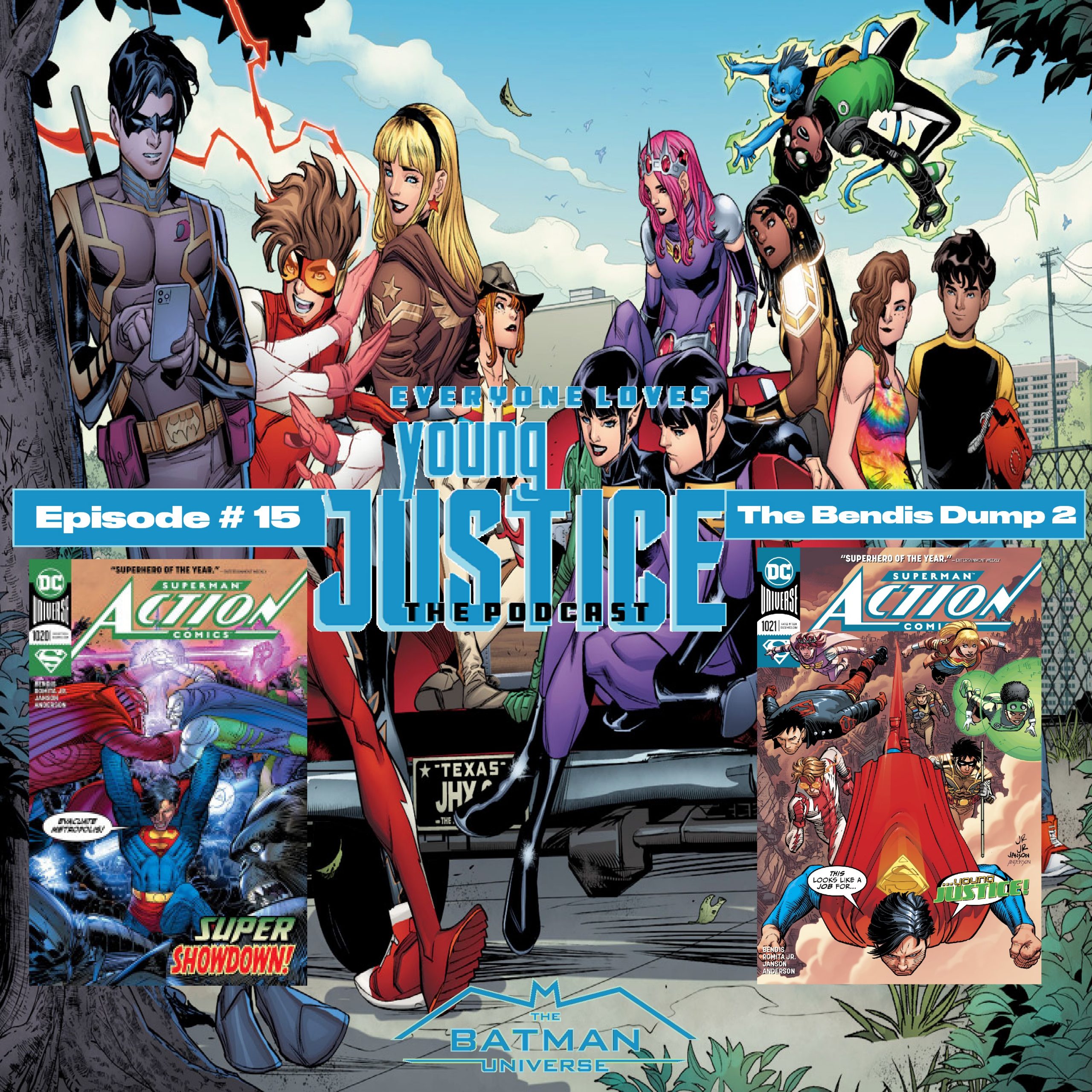 Part two of the Bendis Dump is here, which will get the boys caught up with the current Young Justice series. Jay and Rob continue their discussion from the previous episode with issues #13-14 as well as take a look at the appearance of the team in Action Comics #1020-1021. They also discuss the forward momentum of these books while looking forward to the next episode which dives back to the 1998 version of the team.