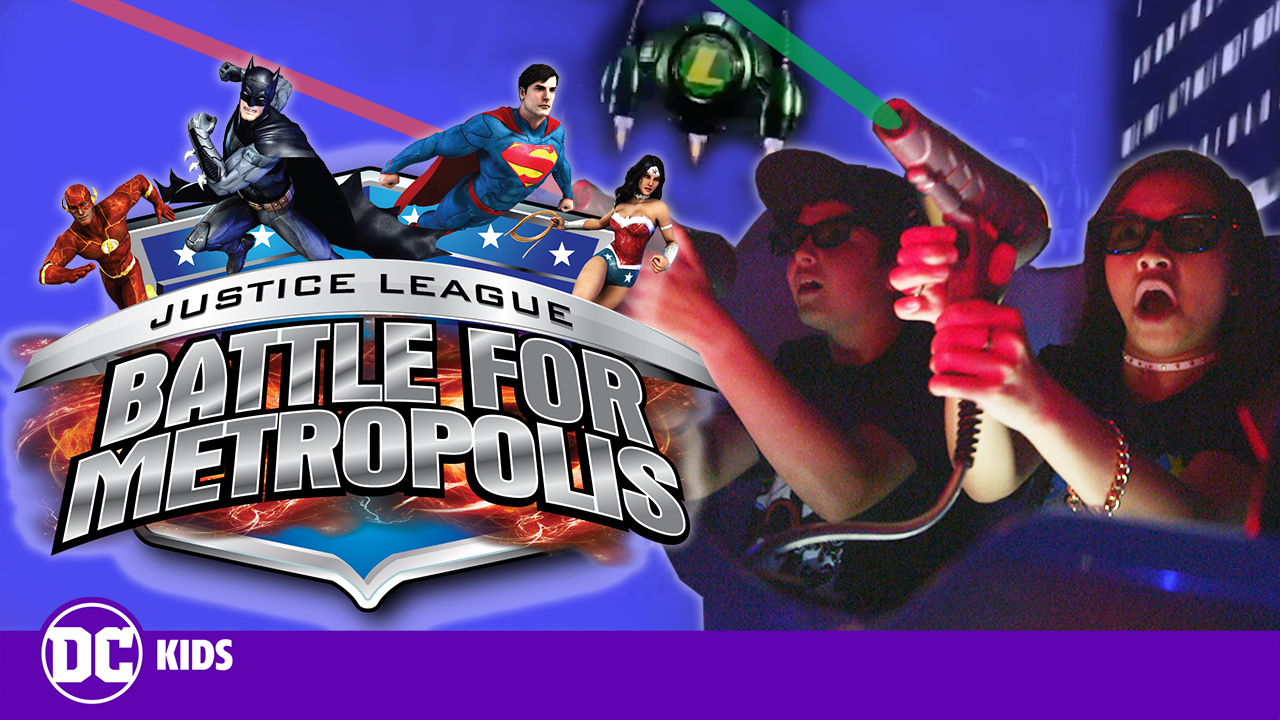 DC Kids has released a new video featuring the new ride appearing at Six Flags called Justice League: The Battle for Metropolis. They rode the ride at Six Flags Magic Mountain, but the ride is also at Six Flags Great Adventure in New Jersey and Six Flags Over Georgia in Atlanta, Georgia.